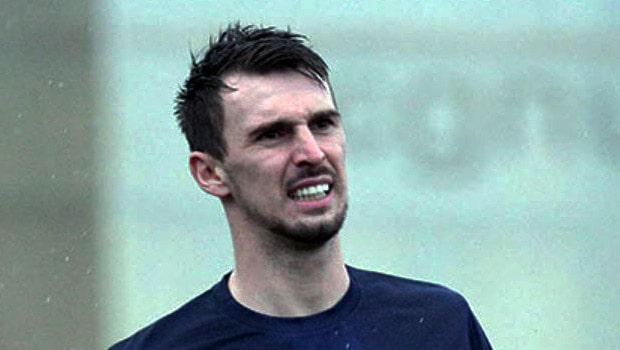 Hero Indian Super League previous season runners-up Chennaiyin FC have roped in the services of Bosnian defender Enes Sipovic for the upcoming season, the club has announced. Enes will become the first player from Bosnia and Herzegovina to ply his trade in the Indian Super League.

Sipovic started his career with Bosnian side FK Željezničar and rose in youth football in Plavi. The defender graduated from the academy in 2009 and he also shared the same stage with AS Roma legend Edin Dezko, who was part of the same academy till 2003.

After impressing with his performances his youth career, he inked his maiden professional deal with Otelul Galati in Romania and stayed there till 2015. In fact, his tenure at the Romanian club included two loan stints at Petrolul Ploiesti (Romania) and Farul Constanța (Romania).

Sipovic then made a move to Western Europe where he played for Belgian club Westerlo in the 2015 season. He then moved to Africa and joined hands with Morrocan side Ittihad Riadi Tanger.

Subsequently, he entered Asian Football in 2018-19 and joined Saudi side Ohod. Then Enes moved for a single season stint to his maiden club Željezničar.

Meanwhile, Enes Sipovic is delighted to join Chennaiyin FC and added that he has been following the club journey from 2014.

“I was instinctive that India will be my next destination. I am very happy to be part of such a beautiful club. I have been following Chennaiyin since its very first season in 2014 under Marco Materazzi, and I am aware that it is a team that has a tremendous fanbase and is incredibly successful. I am already very excited for the new season. It will be a great experience, I am sure,” said Enes Sipovic from the Bosnian capital city of Sarajevo, his hometown.

Chennaiyin manager Csaba László heaped praise on Enes Sipovic and he feels the Bosnian will add value to the squad.

Chennai have already made a good defensive unit as they have players like Eli Sabia, Enes Sipovic, Lalchhuanmawia Fanai and Reagan Singh. The ISL 2020-21 season will begin from November 21.