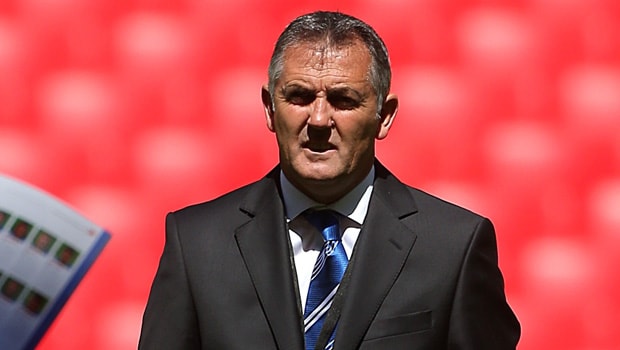 Jamshedpur FC have been in a great run of form of late, having gone unbeaten in six consecutive matches, and Owen Coyle would be eager to keep that momentum going when they take on FC Goa on Wednesday.

Coyle’s men entered the top half of the ISL table after their 1-0 win over NorthEast United last weekend. They have 10 points from seven games now.

“The boys have been doing well as they do in every game. They are a wonderful group. [They are] very professional, disciplined and motivated and we obviously want to continue to maintain the unbeaten run and equally want to win the match (against FC Goa) and get three points,” said Coyle.

He was also asked about the possibility of Jackichand Singh playing as a No.10, which is behind the striker. Coyle said that he doesn’t want to reveal his plans but Jackichand definitely has the ability.

“We don’t want to give away our team but we certainly have players to step in. We have been hampered by injuries.

“Jacki has played as a number 10 before. So we do have attacking options and we just have to utilise them during the game. We have to be at our best against a good side because Goa certainly are but it’s a game we are certainly looking forward to.”

Jamshedpur have a growing injury list with the likes of William Lalnunfela, David Grande, Nick Fitzgerald, Narender Gahlot and Joyner Lourenco sitting on the sidelines but the return of Aitor Monroy is a big boost for them.

“It’s always nice when you have a quality player like Aitor coming back into your team. [He is a] wonderfully gifted player, a very good professional, sets a great example to the younger players. So when you have those players available to you, that always helps the team.

“That being said, the boys that played the other night (in the 1-0 win over NorthEast United) did very well. That only tells you that, in terms of picking the team, it’s always difficult but that’s what we want. It’s a problem that a coach wants because everybody is in form and the lads are certainly doing well,” Coyle stated.

While Jamshedpur FC have enjoyed rich vein of form of late, FC Goa have had contrasting fortunes as they have faced defeat at the hands of ATK Mohun Bagan and Chennaiyin FC in the last two matches. However, Coyle knows that the Gaurs are a dangerous team and he is not going to take them lightly.

“We have to be at our very best from the first minute to the last against FC Goa. They have some wonderfully talented individual players. They can cause you problems. We have to make sure that we solve those problems and look to give them problems of their own. We know that, if we continue in the form we are on, we are a real challenge for winning another three points,” Coyle concluded.