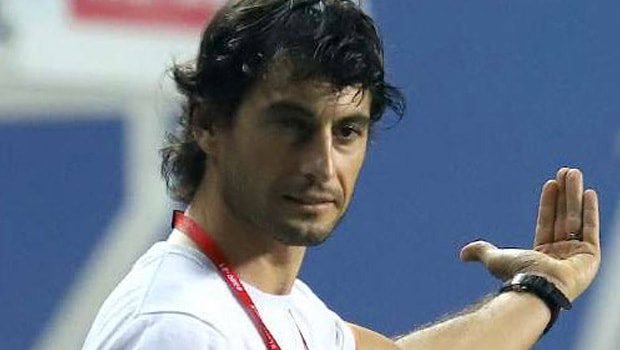 FC Goa look charged up to take on Hyderabad FC on Wednesday after a much-needed six-day break following their thrilling win over Jamshedpur FC in their last match.

Head Coach Juan Ferrando addressed the media ahead of the clash and said that the Gaurs are yet to reach their full potential. That will only be possible if the players start acting as a collective unit instead as individuals.

“We need to improve game by game but I think we are not in 100 per cent performance. We have very good players in my squad but we need to be a team. This is difficult because there are a lot of games and not a lot of trainings (training sessions) and then we have to work under pressure to get three points,” Ferrando said.

The Spaniard thinks that the match against Hyderabad FC is going to be a pretty difficult one as they are a very good team and their strategies in the previous games have been exemplary.

“It will be a difficult game because they are very good in transition and positional attack. There are a lot of details when you play against different teams but it’s necessary to put forward a few details because they will have more ways to play.

“I prepare a plan but don’t forget that Hyderabad’s plan can also be different. Maybe tomorrow they play 4-4-2 with (Fran) Sandaza and Aridane (Santana). In this case, it’s necessary to control the last pass but we don’t know the plan for Hyderabad.”

The Gaurs have been pretty bad in terms of defence in this season and they have conceded a lot of goals from set-pieces. But Ferrando went on to say that he isn’t worried about conceding as long as they are scoring.

“In my mind, there are two points. Firstly, I’m not worried if we concede goals but the most important is to score more goals. The second point about set-pieces – for example, we have conceded three goals in penalties – it’s very important to know why. In my opinion, it’s very important [for my players] to connect. When we are working in the defensive line, it’s very important to understand the zones, space and who is there in free space. We need time as we need to change game by game. ATK [Mohun Bagan] or Bengaluru, maybe they have more success because they have worked together year by year.

“We need to find the best position for everybody. It depends on the opponents. For example [Roy] Krishna likes to attack in free space, or [Nerijus] Valskis as a reference. We need to prepare the team for different points. So it’s necessary to work on these details,” Ferrando continued.

In terms of scoring, FC Goa have been a little too dependent on Igor Angulo and Jorge Ortiz. But Ferrando thinks that his other players will step up soon.

“Now it’s Igor but you see for example against NorthEast [United] Alberto Noguera missed two or three opportunities, Lenny missed a few opportunities against Odisha. At the end of the day, I am happy for Igor and Ortiz. Maybe tomorrow it can be [Alexander] Romario or Edu Bedia in one action. The most important thing is, when we are working on an attack, everybody has opportunities,” he concluded.