ISL 2020-21 | Good to see that it’s not just Santana who is scoring: Hyderabad FC’s Manolo Marquez 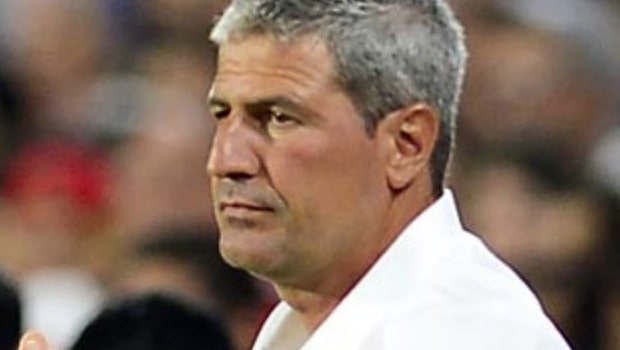 Hyderabad FC made a great start to 2021 as they registered a superb 4-1 win over Chennaiyin FC, thanks to a brace from their winger Halicharan Narzary. The Nizams dominated the match all the way and that left their head coach Manolo Marquez highly satisfied with the results.

Marquez spoke to the media on the eve of their clash against NorthEast United and he revealed how happy he is to see his other players turning up and scoring as well.

“Aridane is our top scorer but when you build a team, you want the wingers to score goals, centre backs from setpieces to score goals. I was told that Hali (Halicharan Narzary) doesn’t normally score many goals but now with two goals against Chennaiyin, he now has three goals in the season,” Marquez said.

“Sometimes you don’t know what will happen but of course it’s good news for our team that not only Aridane is scoring goals.

“I am very happy with the performance of our players. I don’t know if we play better than the other teams. The style of our team is the style of our players. With these kind of players it’s very difficult to play with long balls. Of course, this part of the game we know that we have to manage. It’s nice to see the style of these players but sometimes the most important thing is to win. The way we are getting our victories is very good,” he stated.

Marquez also mentioned how much he admires NorthEast United’s style of play and coach Gerard Nus’ tactics. But the Highlanders haven’t been in the best of forms of late and that’s what gives the Hyderabad players a mental edge in this contest.

“The other day we won 4-1 after three consecutive defeats. Now, after we won 4-1, they say we scored four goals and Aridane (Santana) didn’t score. Now NorthEast, they started with two wins and four draws but they didn’t win the last five games but it’s the same answer (for them). I think NorthEast can win this game and so can we.

“NorthEast are not in their best form in terms of their results but they have had good games against good opponents. They have good players and a good coach (Gerard Nus). They are with a very good organisation. I like the style of NorthEast. They are fast on the wings,” the Hyderabad coach said.