Home » Football » ISL 2020-21: Hopefully this season will be better than my previous ones in India – Memo Moura

ISL 2020-21: Hopefully this season will be better than my previous ones in India – Memo Moura 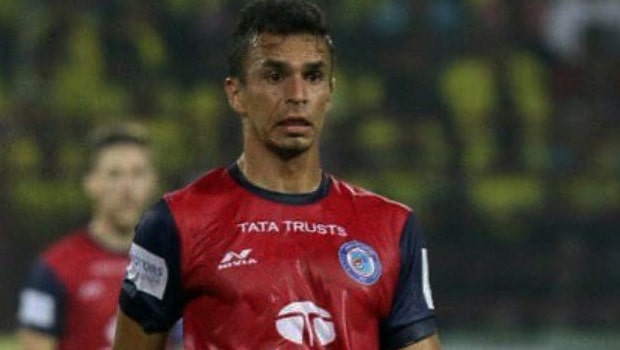 Chennaiyin FC recently recruited Emerson Gomes de Moura, also known as Memo, is hopeful that the upcoming seventh edition of the Hero Indian Super League will be better for him than the previous four seasons. Memo Moura made his ISL debut back in 2016-17 for Delhi Dynamos against Chennaiyin FC itself.

Subsequently, the Brazilian defender made a move to Jamshedpur FC, where he spent three years of his contract. Memo consistently played for Jamshedpur FC as he played all the 54 matches in the last three seasons for the club. The 2018-19 season was the best for Memo as he had made a total of 39 interceptions for Jamshedpur.

As Memo now has the experience of the Indian conditions and he knows the strengths and weaknesses of the opposition, the defender wants to bring his best to the table for Chennaiyin FC.

“It will be my fifth season in India and in the Hero ISL. I am very well-adapted, and I believe it will help me and the team a lot. It is very good for you to know a league as competitive as the Hero ISL, how it all works, all the conditions. And personally, I am very hopeful this season will be better than my previous ones in India,” shared the 32-year-old in an interview with Chennaiyin FC’s official website.

Meanwhile, Memo also revealed that he had a word with fellow Brazil players, Eli Sabia and Rafael Crivellaro. Memo is looking forward to working with them and meeting the rest of the squad of the two-times champions.

Chennaiyin FC had qualified for the finals in the previous season but they could not cross the last hurdle against ATK. Thus, Chennai will look to replicate the same impressive performances.

Memo will look to deliver the goods for Chennaiyin FC. The ISL 2020-21 season will begin from November 21.