Home » Football » ISL 2020-21 | I am concerned about the chances we didn’t convert: Mumbai City’s Sergio Lobera after loss against Bengaluru FC

ISL 2020-21 | I am concerned about the chances we didn’t convert: Mumbai City’s Sergio Lobera after loss against Bengaluru FC 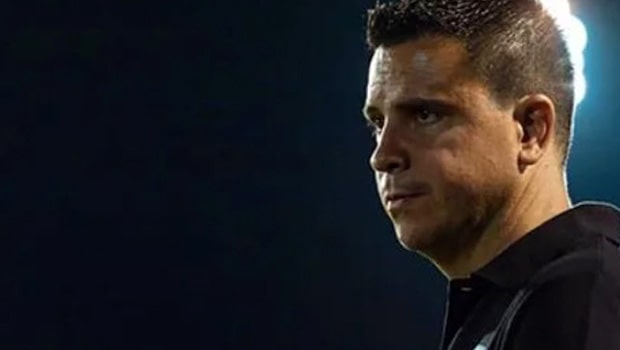 Mumbai City FC succumbed to a 4-2 loss against Bengaluru FC in their 17th ISL match of the season on Monday evening.

The Islanders found themselves on the backfoot right from the beginning of the game as they conceded early goals. Even though they came back well with a brace from Adam Le Fondre, they conceded again to let the match slip away from their grasps.

Mumbai City failed to convert a lot of chances they created too and head coach Sergio Lobera admitted that he is worried with the number of chances they haven’t converted in the last few games.

“I know we conceded four goals and in the last game also, we concede a lot of goals. But the main thing in football is balance. My concern is more about the chances we didn’t convert, not the goals we conceded. Because if we score all chances, we win the game. But we need to improve in both departments. In defence, attack and we need to strike a balance because finally, this is the most important thing,” Lobera said after the match.

“When we concede a goal in under 30 seconds against a team, it increased their motivation. It is difficult for us to play against Bengaluru after conceding this goal. But I think our reaction after conceding two goals at the start of the second half was good. When we came back into the game and conceded the third goal it was painful for us. But we believe we will continue working and we could have scored the second goal. We had our chances to score but it wasn’t possible (to come back),” he added.

Bengaluru FC’s Cleiton Silva scored the first goal of the match and after that goals just kept coming for them. Lobera said that Bengaluru are a very good side but it was only today that they played to their true potential.

“We know Bengaluru. They are a winning team. They are very strong. They’re in a difficult situation this season. But I told my players before the game that playing against Bengaluru is like playing against a strong team. They have very good players. And you can say that when you give chances and opportunity to score a goal they manage the situation and win the game,” he said.

Lobera was also asked about how tough the playoffs will look like if Bengaluru FC manage to qualify for it as well.

“Maybe. This is a very competitive competition and we have qualified for the playoffs. There is a long time before the season finishes which is helpful for us. But I think the first spot for the playoffs will be amazing,” he concluded.