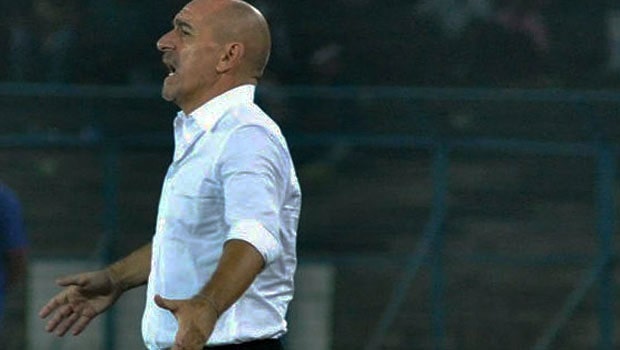 ATK Mohun Bagan go into their match against Chennaiyin FC on Thursday having dropped four points in their last three games and that is mainly due to their inability to score.

However, head coach Antonio Lopez Habas said that he has form faith in his forwards, especially Roy Krishna, and it’s only a matter of time before they regain their form.

“I have a lot of confidence in Roy. He is a fantastic player and could score two or three goals in the last game. This is football. You cannot do magic,” Habas went on to defend his star striker.

“Roy plays with Williams, Edu (Garcia), Manvir (Singh). We don’t have any more strikers. Maybe I can play with him?” he quipped.

ATKMB have scored the least number of goals (11) among the teams placed in the top-four. In fact, East Bengal, who are placed at the bottom half of the table, have scored an equal number of goals as well. Roy Krishna, who scored four goals in his first four games, has netted only twice in the seven games after that. But Habas insists that they are not under any pressure as they trust their process.

“[The team feels] no pressure,” he said. “In a championship, you have good and not so good moments. We played against Mumbai and Goa, two teams who have the possibility to win the league. If we want to be on the top, we need to improve in attack,” he continued.

Habas attributed the reason behind their lack of goals in recent games to their need for finding the proper balance between offense and defense.

“The reason (for not scoring many goals) is the balance. We need to find the balance between attack and defence,” he conceded. “Scoring 30 and conceding 25 is not good. After the Mumbai game, our goal average dropped. I am only worried about the attack.”

Finally, Habas said that this is the most balanced team he has had in his five seasons in the ISL. But everything boils down to how every team takes the chances they get. He also mentioned that Chennaiyin FC is also a good team and if they take their chances well in the upcoming match, they can win it as well.

“Out of my five seasons in the ISL, I think this is the most balanced in terms of competition between the teams. Any team can win, draw or lose. All teams have got reinforcements and good players. Chennaiyin is a strong team and if they take care of the small details they can win the match,” Habas concluded.