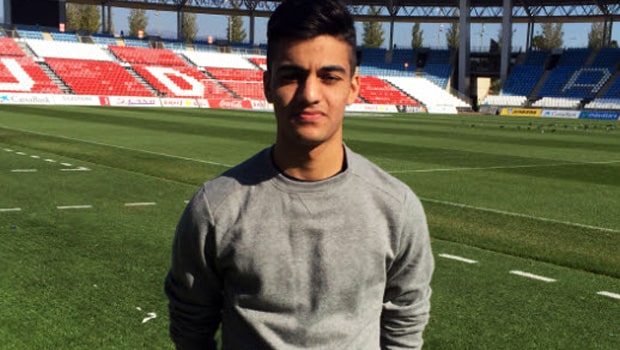 FC Goa new signing Ishan Pandita is eager to prove his mettle in the upcoming seventh edition of the Indian Super League 2020-21. Pandita, who has spent most of his youth career in lower divisions of Spain, is confident of a good show for the Gaurs.

“I am a centre forward by trade, but I am used to playing across the frontline. I am here to learn, to get better and play wherever the coach wants me to play. For now, I would like to say that I am attack-minded. But all these things are nothing but talk. I want to get down on the field and show people what I’m all about,” Ishan told FC Goa’s official website.

Meanwhile, FC Goa have been the most consistent teams in the league and Pandita can learn a lot from the experienced campaigners. Goa has also scored the most number of goals in the ISL in the last three seasons and the youngster feels Goa’s aggressive style of play will suit him.

“I think the fit with FC Goa is the best. I am an attacking player and I will be playing in a club that has the mentality to take the impetus within games and look to attack,” he added.

“We are a team that has an established philosophy. This is a team that was at the top of the table last season and has signed a lot of youngsters and some fine foreigners to further bolster the ranks. There is going to be real competition getting into the camp and that’s something everyone should relish,” Ishan explained.

On the other hand, the rookie revealed FC Goa new head coach Juan Ferrando played an instrumental role in his signing with the club. Pandita will look to make the most of the opportunities and impress one and all with his skills.

FC Goa have made it to the finals on two occasions but they haven’t been able to go all the way in the ISL. Thus, the club would look to turn the tables. The ISL 2020-21 will begin from November 21.