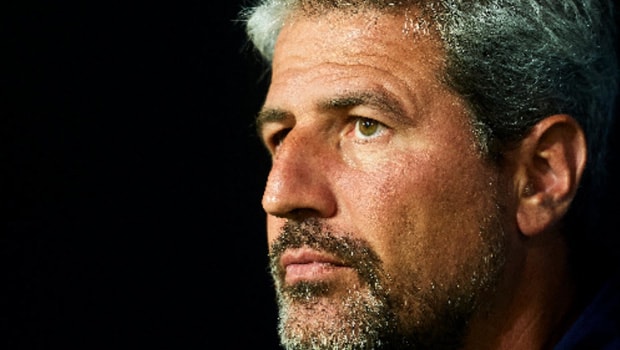 Hyderabad FC head coach Manolo Marquez was really unhappy after FC Goa came from behind to hand the Nizams their third straight loss in the Indian Super League (ISL) season on Wednesday.

Hyderabad FC looked in firm control of the game until the 87th minute as they led by a 1-0 margin. However, Ishan Pandita proved himself to be a worthy substitute as he scored the equalizer for the Gaurs right in the 87th minute. The Nizams could have taken at least one point from the match but Goa’s ace striker Igor Angulo scored once again in the stoppage time to snatch the point away from Hyderabad.

Marquez seemed quite disappointed while speaking to the broadcasters at the end of the game and he considered his decision to switch to a different formation as the main reason behind their defeat.

“The only thing i have to tell is that it is my fault. It was a game that we deserved to win. But, the last substitution was totally wrong and they scored,” Marquez said.

“Maybe, if I was the owner, I would sack the coach tonight. The defeat is on me, very angry with myself. We lost control after we switched to 4-4-2,” he added.

However, Marquez didn’t refrain from praising the efforts of the players who worked hard. They played very well for the major part of the game.

“I’m very happy with the attitude of the team, the players, and the staff. I think we lost the game from the bench with some substitutions,” the Spaniard reiterated.

Marquez also spoke on the substitution of Joel Chianese, who looked pretty sharp in the first half. He created some good chances for the team as well but he was taken off at half time and Mohammad Yasir was sent in. According to him, Chianese was tired as he hadn’t played a competitive game in five weeks. They need to get his fitness up.

Hyderabad FC are now placed at the eighth spot in the table with nine points to their name. They will take on Chennaiyin FC next at the GMC Stadium, on January 4.