ISL 2020-21 | It is just one more match for us: ATK Mohun Bagan’s Antonio Lopez Habas on upcoming derby against SC East Bengal 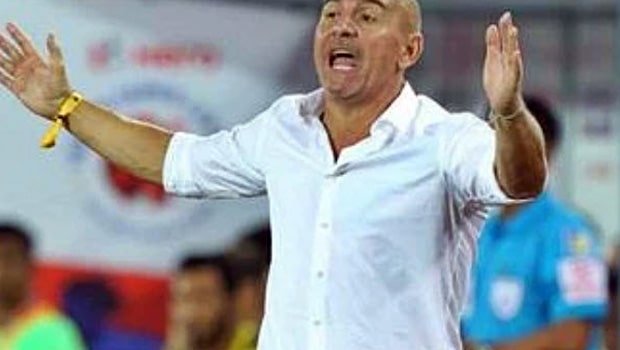 ATK Mohun Bagan climbed to the top of the ISL table having registered a 1-0 win over Jamshedpur FC at the Fatorda Stadium, on Sunday. It was Roy Krishna’s goal in the 85th minute that helped ATKMB to take the lead and win the match as well.

ATKMB head coach Antonio Lopez Habas seemed very happy with the win and when he was asked about the upcoming Kolkata derby against SC East Bengal, he said that they will treat it as just another match.

“We have the privilege of using our possession (stats) of the ball. We don’t have any problem. For us, it is one more match. No supporters, no tension, no pressure. The idea is to play football,” Habas said.

The Mariners have already booked their berth in the playoffs but Habas wants his team to win all of their remaining league stage matches.

“It’s (late goals) happening a lot, every day. There’s a 100 per cent possibility to win the remaining games,” the Spaniard said.

Habas expressed his views on how Jamshedpur FC played in this match as well. He said that Owen Coyle’s men played a lot of long balls but it was ATKMB’s intent to keep possession of the ball that helped them to dominate in the final 45 minutes of the match.

“Maybe, in the first 45 minutes, the teams have a lot of possibilities to attack. Because there were a lot of long balls. It was not good for us. It is very difficult to play a team like this. In the second half we did better in possession, we tried to play better, and scored a goal,” Habas said.

“The win is very satisfying. I’m very happy with the performance of the staff and all the players. After that, we have to go match-by-match. Now the target is to continue and get three points every match. Jamshedpur played a lot of long balls. When the opponent plays long balls, it becomes very difficult to press,” he added.

When asked about Coyle’s decision to not start Nerijus Valskis or David Grande, Habas refused to comment on it saying it is not his problem.

“It is not my decision and not a problem. My problem is my players and not the players of the opponent.”

ATKMB now have 36 points to their name from 17 games and are enjoying the view from the top of the table. However, Mumbai City FC will have the chance to displace them in their next match if they manage to register a win.