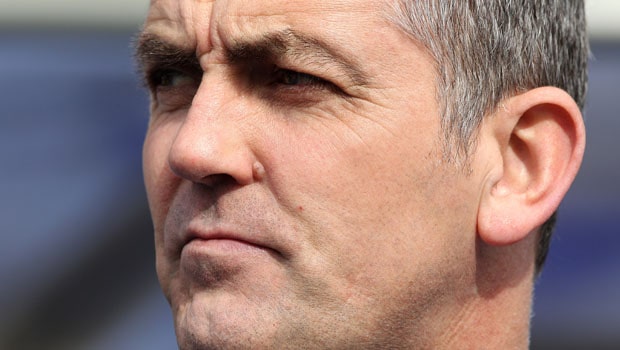 Jamshedpur FC head coach Owen Coyle addressed the need to work on their scoring ability as they gear up to take on Odisha FC in their 15th match of the ongoing Indian Super League (ISL) season on Monday.

The Men of Steel are currently placed at eighth in the ISL table and are coming into this match on the back of two goalless draws. They have scored only 13 goals in the 14 matches they have played so far. That’s less than even one goal per match and the lack of attacking threat has really hurt them bad.

“Coming on the back of those two clean sheets, you want to make sure you’re scoring goals to go with those clean sheets. If you do that, it provides you with those three points,” Coyle told reporters on the eve of the match.

“We had a very disappointing week prior to that, where we lost some games (against Kerala, Goa and NorthEast United) which we felt we shouldn’t have but we did. So what we have to do is make sure we are very tight at the back but equally be a goalscoring threat going forward. If you do that, you can convert those draws into wins, and in this stage of the season, that’s what everybody needs (wins). Fairplay to NorthEast (now third) who have shown that when you get those wins, it carries you up the table and that’s what we’ll look to do,” he added.

Coyle also mentioned that even though Odisha are placed right at the bottom of the table, Jamshedpur shouldn’t take them lightly as they held strong sides like Hyderabad FC and Bengaluru FC to 1-1 draws in their last two matches.

“I think Odisha has some very good players. When you look at their forwards, they are scoring goals and obviously, players like [Steven] Taylor and [Jacob] Tratt have the experience of playing at a very high level. They have very talented Indian players in their squad as well. There’s no doubt that they are a balanced side. We have to make sure that we are very respectful but be very offensive and looking to score those goals.

“I think there’s no doubt that the league is improving each year. If you look at last year, for example, there was a little gap between the teams. This year, everyone has shown they can win games and hence there have been a lot of draws. But I think when you come to the business end of the season, it’s important that the mentality going into games is to get wins. That’s what we are going to do against Odisha,” he stated.