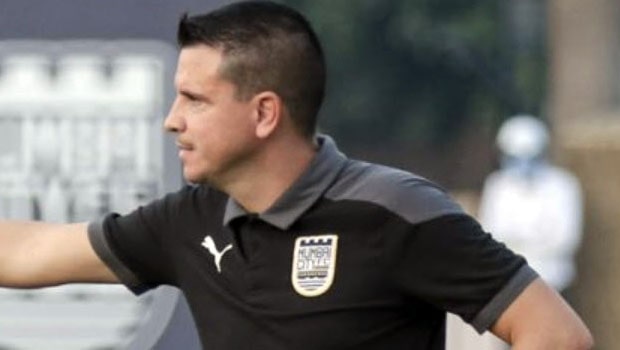 Mumbai City FC will be looking to bounce back from their defeat against NorthEast United FC in the previous match as they take on Kerala Blasters on Wednesday.

However, head coach Sergio Lobera is weary of the Yellow army as he knows how much they have improved as a team in recent times.

“Kerala Blasters have improved a lot. Now they are competing and playing very well. The first half of the last game (3-2 defeat against ATK Mohun Bagan) was a very good example of this. They try to play from the back with very good players but the most important thing is to put our focus on ourselves and compete against a very good team,” Lobera told reporters on Tuesday.

The Islanders lost only their second match of the season in the previous game and Lobera says he is not too worried about it as it is impossible for a team to go completely unbeaten in such a long season. However, he is well aware of the improvements they need to make and thus he is hopeful about turning things around in the coming games.

“We knew this situation was possible to happen because it’s practically impossible not to lose a game in a season. Never before was one (ISL) team unbeaten for 12 games. One (bad) result doesn’t affect us because we need to continue improving and working with the same ambition. Obviously, we need to learn from our mistakes but I’m not worried about our situation,” the Spaniard said.

“We need to improve from our last game, especially our style because we conceded two goals in three minutes. We need to start the game better but I don’t think we need to change a lot of things because the team conceded five goals – three from penalties before this game.

“Obviously, when you lose three points you lose one opportunity to take advantage of the situation. The most important thing is the reaction of the players after conceding two goals. I’m very proud of the attitude of my players after this situation and I’m sure my players can’t wait to start the next game and show everyone our ambition as a team,” Lobera said.

Mumbai City FC are currently enjoying the view from the top of the table with 30 points to their name, which is three points more than second-placed ATK-Mohun Bagan.