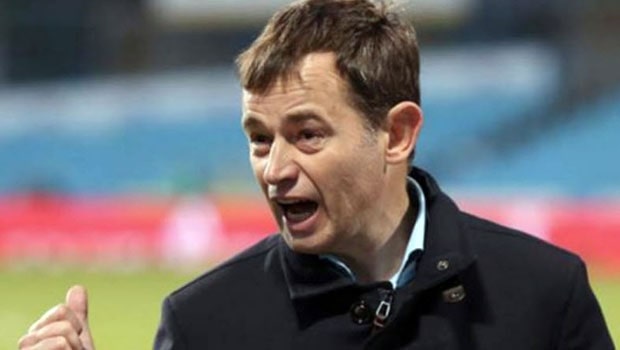 Kerala Blasters head coach Kibu Vicuna believes that his team was unlucky in their encounter with Mumbai City FC on Wednesday.

The Blasters lost 2-1 even after taking the lead in the first half, courtesy a header from Vicente Gomez. It was Bipin Singh’s superb goal and Adam Le Fondre’s spot kick that helped Mumbai City to turn things around.

“We played well and created chances. We were toe-to-toe against the best team in the league. We are not lucky. I think the match was very even,” Vicuna said after the game.

“We reacted well and we had our chances, we went toe-to-toe against them. They didn’t deserve to win tonight, but the result is the result.”

It was Costa Nhamoinesu, the Blasters’ Zimbabwean defender, who brought down Le Fondre inside the box during the second half and as a result, conceded the penalty. Vicuna believes that the game has really been cruel to them in recent times as luck hasn’t favored them at all.

“We didn’t play for a draw, Blasters play to win games. I am proud of the team, sometimes football is not mathematics. We are unlucky, I think the team’s improving,” said the former Mohun Bagan coach.

In fact, the Blasters have been one of the best attacking teams in this ISL season as they have scored the joint second-most number (20) of goals among all teams till now. However, it has been their defence tbar has really let them down. They have conceded 27 goals this season, which is the most among all teams.

With this loss, the Blasters slumped to their second defeat in a row and thus they are still placed at the ninth place in the table with 15 points to their name. They are now six points behind the top four and have only four matches to turn things around.