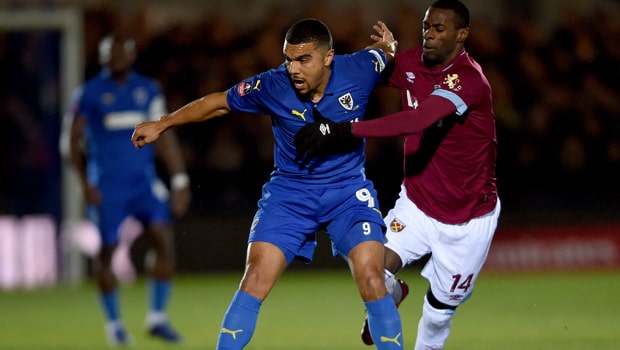 The Ghanaian is the fifth foreign player to be signed by NorthEast after Federico Gallego and Khassa Camara.

Gerard Nus’ side will benefit from the experience and Work rate of the former AFC Wimbledon player.

In fifty appearances, Appiah had 11 goals for AFC Wimbledon. The director of football for NorthEast United FC, Priya Runchal, has revealed that the player will bring quality to NEUFC, calling him an important addition.

“Kwesi is coming in from the English Championship, which we know as one of the most competitive leagues in the world. He has had memorable stints at various clubs during his career and we are excited about the quality he will bring to the team.” Priya Runchal said.

Kwesi Appiah stated his excitement about joining the squad ahead of the new season. He said that he wants to be a part of the history of one of the world’s fastest-growing leagues.

Northeast United won just two games in a very disappointing 2019-20 season, where they failed to score a single in January.

The Indian Super League 2020/2021 season is expected to start in November in Goa, without all matches to be played behind closed doors as stated by the All India Football Federation to stop the spread of the coronavirus.

Teams and coaches are already getting on the ground in Goa to start pre-season training ahead of the games.