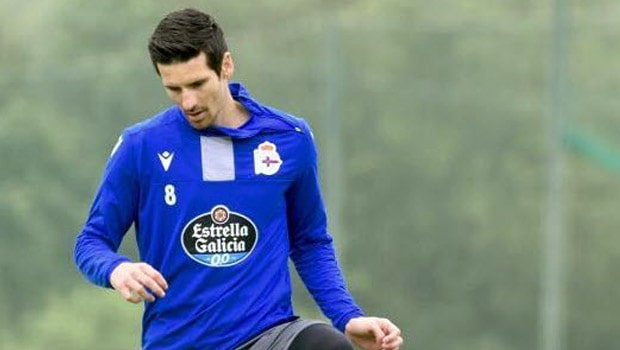 Kerala Blaster FC have secured the services of Spanish midfielder Vicente Gomez for the forthcoming season of the Hero Indian Super League. The defensive midfielder had made his senior team’s debut back in 2007 for Spain’s fourth division team AD Huracan.

He played two seasons with AD Huracan before he joined his home team Las Palmas, where he was initially part of the reserve team. After his impressive performances with the reserve team in the maiden season, where he started in the final XI in 28 matches and scored a goal, he got a place in the first team of the club.

Subsequently, Gomez made his senior team debut for Las Palmas back in 2010 and even scored his team’s second goal in his debut match in Copa del Rey.

In fact, Gomez has always shown the skills to score imperative goals in the big matches for his team. The 32-year old also played a major role in his team’s promotion to the LA Liga where he captained his team against juggernauts Real Madrid and Barcelona.

After the team’s relegation, Gomez made a move to second division team Deportivo La Coruna before he joined hands with Kerala Blasters for the seventh edition of the ISL.

Gomez spent eight seasons at Las Palmas and played an instrumental role in the success of the team. He scored 13 goals in 223 matches for the club and also led the team to mid table finishes in the La Liga.

Gomez has the experience of playing against Iniesta, Messi and Ronaldo and he is looking forward to delivering the goods for the Kerala Blasters by making the most of his experience.

“I wanted to have an international soccer experience, this season. The opportunity came up, and I am excited about both playing for the club and being a part of the Indian Super League. In the yellow of Las Palmas, I have competed in the most important stadiums in Spain, and against several of the best players in the world: Messi, Iniesta and Cristiano Ronaldo. Today, it is an honour for me to announce the start of a new stage in India by playing in the yellow of Kerala Blasters, my favourite colour”.

Kerala Blasters had finished the previous season at the seventh place and they would aim to come up with a better performance. The ISL 2020-21 season will begin from November 21.