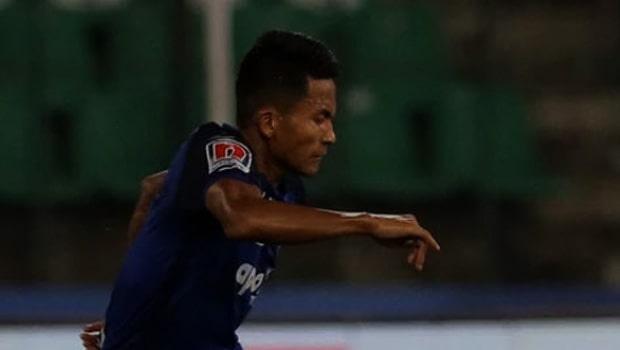 Mumbai City FC have announced the signing of defender Tondonba Singh ahead of the seventh edition of the Hero Indian Super League 2020-21. Singh will join the Islanders on a two-year deal and he will look to be at his best in the tournament.

Singh, who plays as a left-back, started his youth career at Neroca FC. Subsequently, he made a move to senior football with the Manipuri club. He was part of the team’s successful campaign in I-league second division in 2016-17. The 25-year old also impressed with his skills while making his debut in I-league season in 2017-18 and featured for the team in each match of the season.

After impressing with his skills in the I-league, Singh made a switch to the ISL in 2018-19 season as he was roped in by Chennaiyin FC. Singh played a total of 26 matches for the Marina Machans in the two seasons he played for the club.

Meanwhile, Tondonba is delighted to be joining hands with Mumbai City and he is looking forward to giving his best. Tondonba believes this opportunity will help him take his football career to new heights.

Tondonba Singh said, “This is a new chapter in my career that I’m eager to begin and I am delighted to be here. I’ve been playing in the ISL for two seasons now and to be a part of a project like Mumbai City’s is in line with my ambitions as a footballer. Coming here is certainly going to help me grow and develop as a player and a person and I can’t wait to give my best for the club and win games with Mumbai City.”

Head Coach, Sergio Lobera said, “Tondonba is a tenacious and talented footballer. He is a proven performer in the ISL and he has qualities that can add a lot to our squad. He has been a part of successful teams in the past and we’re confident he can contribute positively at Mumbai City.”

Mumbai had finished at the fifth position in the points table in the previous season after seven wins from 18 matches. Thus, they had failed to qualify for the semifinals. The Islanders will be looking to turn the tables in the upcoming season.