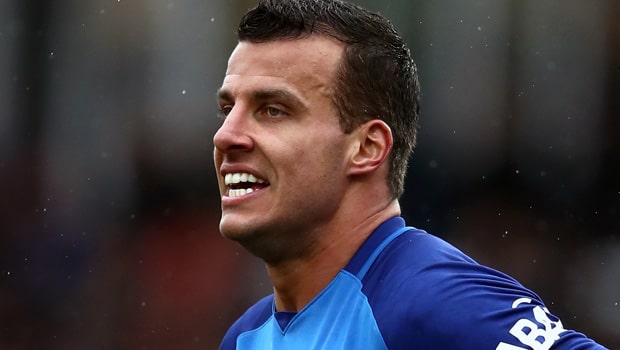 Odisha FC have named experienced former English Premier League defender Steven Taylor as their captain for the seventh edition of the Hero Indian Super League, the club’s coach Stuart Baxter announced on Monday. Baxter is optimistic that Taylor’s experience will come in handy for the team and he will lead the troops from the front on the field.

Taylor is also delighted to get the opportunity of leading the team and he will look to get the best out of his players in the upcoming season of the league.

Meanwhile, the 34-year old defender has the experience of playing in Europe and Asia Oceania as well. Taylor had made a move from Wellington Phoenix, where he last played in the Australian A-league.

“Steven will lead Odisha FC as captain for the upcoming season. As you already must have noticed in the training sessions, his intent to mentor the young players, commanding presence and winning mentality shall help the team enormously. I am sure that he will be one of the best leaders in the Indian Super League and the team shall be able to use his qualities to maximum effect,” the head coach said.

Taylor noted that the team will learn from every training session as well as every game and they will continue to get better in the league.

“We will learn in every training session and in every game and we will grow from those experiences. I am happy to be here amongst all of you,” Taylor added after being confirmed as captain.

Odisha FC had finished at the sixth position in the previous season and they will look to come up with a better performance in the forthcoming season. Taylor’s first assignment as Odisha FC captain will be against Hyderabad FC at GMC Bambolim on 23rd November.