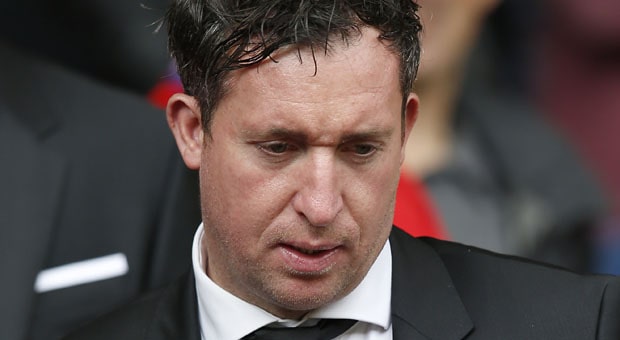 SC East Bengal head coach Robbie Fowler believes that his team are still in with a chance of making it to the playoffs of this ISL season. The Kolkata-based side are currently placed at the ninth spot in the table with 11 points but they have nine more games to play in this season and are only a five points behind fourth-placed Hyderabad.

So a good run of games can definitely propel them to the top four and considering how well they have played of late, Fowler believes they can still dream.

“The cut off is when it is mathematically impossible [for East Benga] to get there (top four). We are on an unbeaten run at the moment. So there are plenty of positives. Of course, we need wins but I think it’s five points between us and the teams going for fourth place. There are lots of points to play for. We have that belief to do what we need to do,” Fowler told reporters on the eve of their match against Chennaiyin FC.

In the previous match, Kerala Blasters managed to keep Matti Steinmann and Bright Enobakhare quiet. When asked whether teams have started figuring them out, Fowler said that it’s a good thing as that means teams have started showing them respect.

“Bright and Matti have been excellent. When they are on top of their game, there are not many better players in the ISL. What I can say about the last game is that Kerala made it really hard and that for me showed a massive amount of respect (for East Bengal).

“It’s up to those players (Bright and Matti) now to live up to their set standards and when you don’t live up to the standards you have set in the previous games, people will ask questions. I understand that but there’s certainly no problem with them.”

East Bengal took a duration of five games to score their first goal but they have scored in every game since then. But their defence has kept just one cleansheet in the last seven games. Commenting on this, Fowler said, “Our defence has been good. People have been asking questions about the forwards. All of a sudden we score goals and it’s the defence”

“We’re a big club. So if people want to ask those questions, I suppose it’s my job to give them silly answers. Yeah, we want to get clean sheets but sometimes you need to give the opposition a bit of credit,” he continued.

“For us, we have taken baby steps to get us to believe where we should be and want to be. We gotta keep going. We gotta do what we need to do, and the important thing is let’s not lose games. That’s what we’re trying to do – not lose games. Obviously, the next objective is to try to win games and climb up the table,” Fowler concluded.