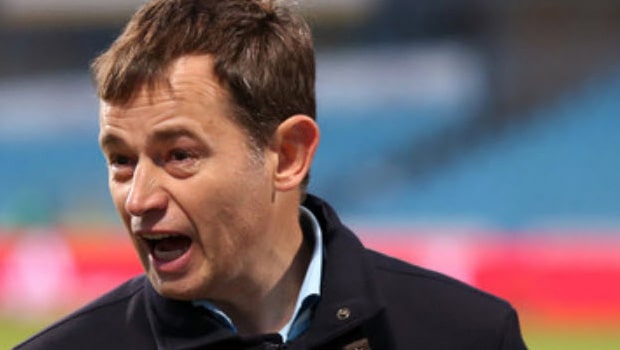 Kerala Blasters FC crashed out of the race for the playoffs on Tuesday after suffering a 4-0 defeat to Hyderabad FC and head coach Kibu Vicuna blamed the bad scouting and high expectations set ahead of the season as the main reasons behind their poor display.

“It’s not a question to say this part is good and that is bad. I think, with the result we have, our scouting of the players was bad and the plans and expectations were higher than the reality. But I think this is something we have to analyse at the end of the season,” Vicuna said after the game.

The Spaniard also said that the players have trainer very hard throughout the season but they have faltered whenever it came to converting their efforts into positive results in the matches.

“If you see only the results then we lost 4-0. We had the best two chances in the second half. One by Prasanth (Karuthadathkuni) and second by Gary (Hooper). I think the match was very even. We are training in the training ground and training well. But we are not getting the result from the training,” Vicuna said.

“I think when you’re in a bad mood in terms of results then you don’t have a strong result. Unfortunately, for us, it is important to score first. But this season we are receiving the goal and it is hard for us.”

Their overseas defender Bakary Kone was responsible for two of the four goals they conceded in this match. When asked about the mistakes made by the senior players, Vicuna said, “Football is a sport of mistakes. We are playing in the training sessions to play well and avoid mistakes but the players commit mistakes. A senior player with a lot of experience commits two mistakes. Hard and difficult to (speak about it)”.

The Kerala Blasters are now placed at the 10th spot in the ISL table with 16 points and they have just two more games remaining in the season now.