Home » Football » ISL 2020-21: Some Indian players look like they haven’t been coached before – Robbie Fowler

ISL 2020-21: Some Indian players look like they haven’t been coached before – Robbie Fowler 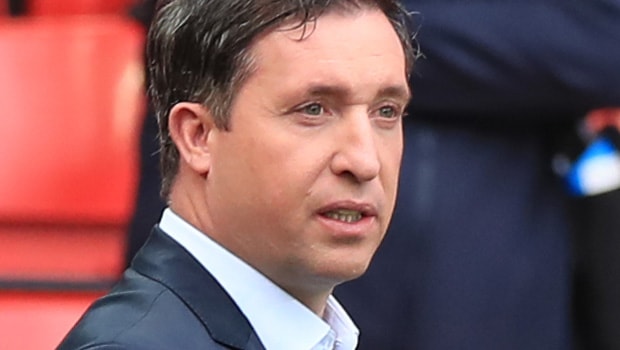 SC East Bengal haven’t had the best start to their maiden Indian Super League (ISL) season as they lost yet another match on Tuesday after starting their campaign with a 0-2 defeat against ATK Mohun Bagan in their opening fixture. This time, the loss came against Sergio Lobera’s Mumbai City and that too by a bigger 0-3 margin.

The two defeats have now pushed SC East Bengal right down to the bottom of the table with a negative Goal difference of five. Moreover, it left their coach Robbie Fowler devastated and he made some bitter comments in the post-match conference as well.

“Positives [from the game]? Probably wasn’t more [than three goals]. We are a new team, who are learning. Lot of our players who can do better. But we are showing glimpses [of good football]. Defensive errors cost us. Players were dragged out of position and made some silly mistakes,” Fowler said in the post-match presentation.

The 45-year-old also spoke about the difficult task of recovering from such a poor start and came up with some harsh assessment of the Indian players as well.

I am devastated myself. I hope players are hurting more than me. We have to go again in 4-5 days [vs NorthEast United FC]. We are still coaching players, some Indian players look like they haven’t been coached before. We are teaching intricate passing. We have to learn pretty quick. We have to be better,” said Fowler.

East Bengal’s main area of concern has been their two flanks. Wing-backs Narayan Das and Surchandra Singh have been responsible for making a lot of defensive errors down the flanks and that has left the backline completely exposed. Fowler was asked whether he is looking for reinforcements in those areas, to which he replied, “I will love to have them in all areas of the park in all honesty. But I can’t complain because we have what we have. Individual errors have cost us. The ball over the top in the first game [led to a goal] and same again today [Adam le Fondre’s opening goal].

“When you make errors against a quality side you get punished. Two goals conceded today were our mistakes. We have to work and try to lift them [players].”