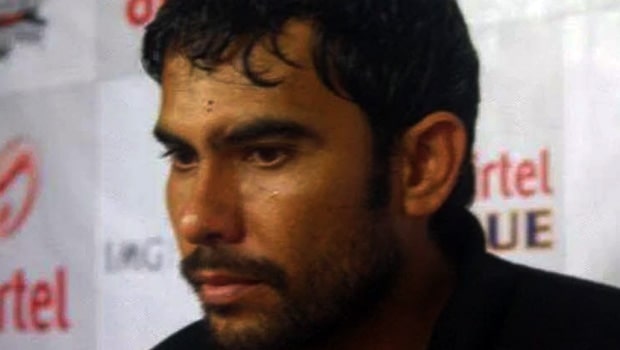 NorthEast United FC have been in an excellent run of form ever since Khalid Jamil took over as the interim coach after the club owners decided to sack Gerard Nus.

They had registered a hat-trick of wins before coming into Thursday’s match against FC Goa and thus were looking to stretch their winning run to four games in a row. However, things didn’t turn out like they expected as the Highlanders had to settle for a 2-2 stalemate against the Gaurs.

But Jamil didn’t seem too disappointed after the match. Addressing the media after the game, Jamil said that a point against a strong team like FC Goa doesn’t dishearten him too much.

“We are happy to get point. We are trying to get three points. But sometimes it happens. Everyone played their normal game. Sometimes it’s okay. I am thinking about the next game,” Jamil said.

“It is important to get the win but Goa are also a good team. They have quality, it was a tough game,” he added.

Jamil said that their plan ahead of the game was to not concede early goals. But that was exactly what the Highlanders did as Jesuraj Romario gave Goa the lead in the 21st minute. However, Federico Gallego equalized with the help of a spot-kick towards the end of the first half.

An own goal was conceded by Gurjinder Singh in the second half to give the Gaurs the lead once again. However, NorthEast were fortunate to get one more spot kick that was converted by Gallego again.

“We tried not to concede at least in the first half, this is our plan but we conceded an early goal. We came back again. Next time, we will have to be very careful,” Jamil explained.

“We are always thinking about the winning goal, that’s why we made the changes at the end. They tried their best.”

NorthEast United are currently placed fifth in the ISL table but they are tied on points with third and fourth-placed FC Goa and Hyderabad FC respectively. So the highlanders are very much in the playoff race with five more games to go in the league stage.