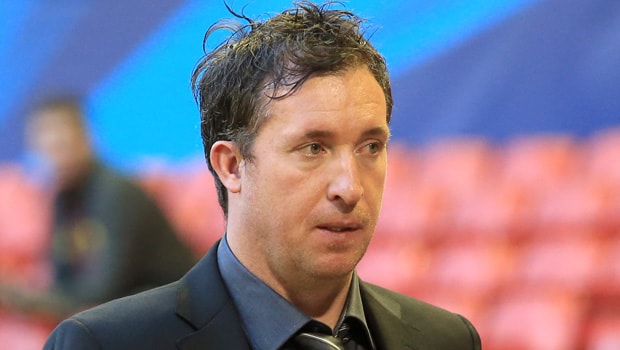 After losing three matches on the trot, SC East Bengal finally managed to gain a point as they encountered a goalless draw against Jamshedpur FC in their fourth match of the Indian Super League (ISL) season.

SC East Bengal were seen approaching the match with a defensive tactic throughout the duration of the game and their coach Robbie Fowler revealed why they decided to change their tactics.

“We changed because we have injuries. There were players who were not fit enough to play the last time. We are always trying to use all the players at our disposal,” said Fowler.

“We never had a pre-season, we are massively behind everyone in terms of being ready. It has been tough for our players. We feel we are playing against 12 men in every single game. It worked well for us and we defended really well,” he added.

East Bengal were reduced to 10 men after Eugeneson Lyngdoh was sent off in the 25th minute of the match. Fowler then tweaked his tactics and made the message clear to the players at half-time.

“It was just to regroup. I don’t think any decision was going our way. Everyone does seem to be against us. We just had to go out there and defend like the way we can and don’t concede and it was important for us to get the point. On the back of three losses, it was a huge point for us.”

The Red and Gold brigade were very good in defence but they failed to create meaningful chances in the final third. According to Fowler, it was difficult for them to build good attacks with a man short.

“We just had a great point playing against 12 men with 10 for 70 minutes. We are a good side and we have proved that in past weeks, we have created chances and tonight was just odd. We had a man sent off today and the game plan went out of the window. It was just a case of luck.”

Fowler, however, was full of praise for Anthony Pilkington and Jacques Maghoma and said that the Indian players need to support them as much as they can.

“(Pilkington and Maghoma) They are our star players and we are reliant on them, maybe a bit too much. It is up to the other players to try and help them out a little bit. Saying that we have created chances in the past. We are trying to get fitness but the more games we play the fitter we look. We are more than happy with a point. We defended as a team and we attacked as a team. Overall it was a great performance.”

East Bengal’s next match is against Hyderabad FC on December 15.