Home » Football » ISL 2020-21 | We are working in training to improve our finishing: Kerala Blasters’ Kibu Vicuna

ISL 2020-21 | We are working in training to improve our finishing: Kerala Blasters’ Kibu Vicuna 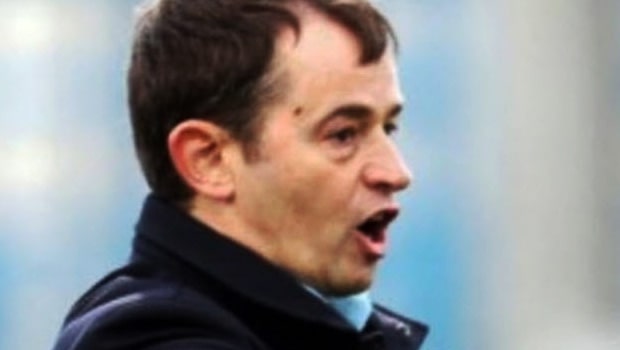 Kerala Blasters aren’t having a good time in this Indian Super League (ISL) season. They are placed in the bottom half of the table, at the 10th spot, having won only one out of their eight matches so far. They have failed to score in half of their matches as well. Head coach Kibu Vicuna is well aware of this fact and he has asserted that they are working hard in training to improve their finishing.

Odisha are in a far worse situation as they are placed right at the bottom of the table but Vicuna said that they can’t take their opposition lightly.

“Every game is a new challenge. Odisha are no different from others. While we are looking for the three points against Odisha, it needs to be said that they have been performing well. They played well against East Bengal too.

“We need to control the game and make the most of our chances. But we need to be defensively better as well. Football is a balance between attack, defence and transition. We have to improve in every aspect,” he mentioned.Vicuna was also asked about whether they are looking to sign any players in the January transfer window but he asserted that they don’t have any such plans as of now.

The spanish gaffer also mentioned that their new signing Juande will be available for selection from the game against SC East Bengal but he hasn’t given away any proper information on Gary Hooper’s status.

“Gary Hooper is training with the team and we have to see whether he will be available,” said Vicuna.

Kerala Blasters will take on East Bengal on Sunday right after playing against Odisha FC on Thursday. That’s quite a short span of rest between the two matches and hence, it doesn’t give adequate rest to the players. Vicuna said that’s something all teams have to deal with this season.

“We cannot do anything about the schedule. In December we played just four matches and in January, we play eight. It is going to be hard in terms of recovery. It is difficult to recover in one-two days time. Some players need even three days to feel better. the only thing we can do is to focus on the next match. But we know three days later we have another match. All teams have a similar schedule,” he noted.