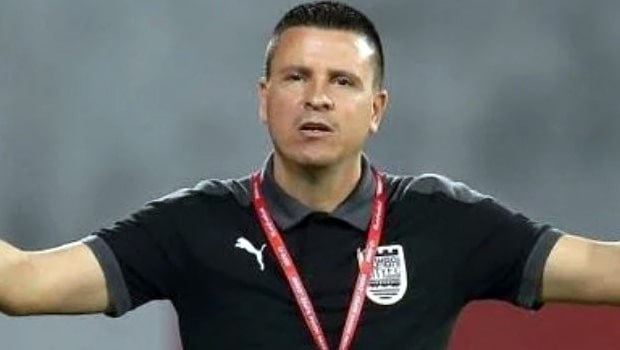 Mumbai City FC became the first team to qualify for the playoffs of the ISL 2020-21 season after their match against FC Goa on Monday ended in a high-scoring 3-3 draw.

However, head coach Sergio Lobera didn’t seem happy with the result as he felt that they should have won all three points against the Gaurs.

“I feel we lost two points because till the 96th we had three points and then it changed and we lost points. I think the biggest problem for us was we could not manage the game at the 2-goal lead. We gave them the opportunity to come back in the game. But my team believed till the end and fought till the end and finally, we could have won but the truth is we lost two points,” Lobera said.

Lobera asked his players to do better in the final third as he believes they missed a lot of chances. According to him, they should have scored the third goal in the first half itself and thus should have sealed the fate of the match.

Mumbai City have dropped some points of late but Lobers assured that there is no room for complacency in the team under his watch.

“I don’t think it was overconfidence. We didn’t manage the situation too well and most importantly we should have scored the third goal,” he said.

“We are not under pressure. Our target is to head into the final game against ATK Mohun Bagan with a four-point gap. ATK Mohun Bagan are doing a good job and this is a very competitive league and I am very happy that we reached the playoffs but we need to continue and focus on the next game which is against Bengaluru,” Lobera signed off.