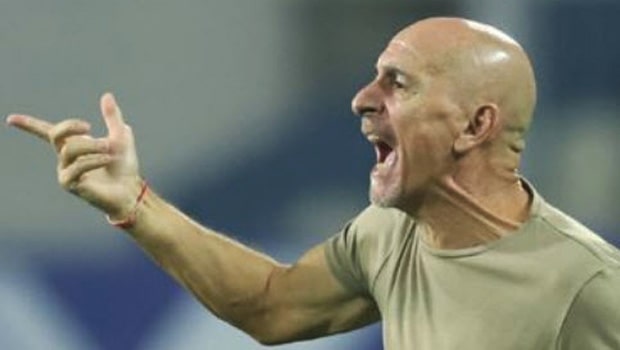 ATK Mohun Bagan had a great chance of winning the ISL shield on Monday but that didn’t happen as they had to settle for a 2-2 draw against a 10-man Hyderabad FC.

With this result, ATKMB’s five-match winning run in the league came to an end. They still have the chance of winning the Shield if they win their final match against Mumbai City FC, though. However, head coach Antonio Lopez Habas wasn’t happy with his team’s performance in this match and has encouraged them to come back stronger.

“Today we wanted to get the three points and win the league,” Habas said after the match.

“Maybe a little disappointed with the performance of the team, as we had the numerical superiority. But we have to recover the team and continue to play well in the final match against Mumbai City,” he added.

This draw has made the equation to win the Shield a bit complicated but Habas says that anything can happen as Mumbai City FC still have to play Odisha.

He also accepted that his team was not in the best shape in this match against the Nizams and the frequent stops during the match only made things difficult for them.

The former Bolivia national team coach wasn’t able to give any update on Sandesh Jhingan’s injury, who had to leave the pitch in the second half after a clash with his own goalkeeper Arindam Bhattacharya.

“I don’t know (Sandesh Jhingan’s situation). We have to evaluate the next day and after that, I can speak,” Habas stated.