Home » Football » ISL 2020: We are very proud of all the players – Manuel Marquez after win against SC East Bengal

ISL 2020: We are very proud of all the players – Manuel Marquez after win against SC East Bengal 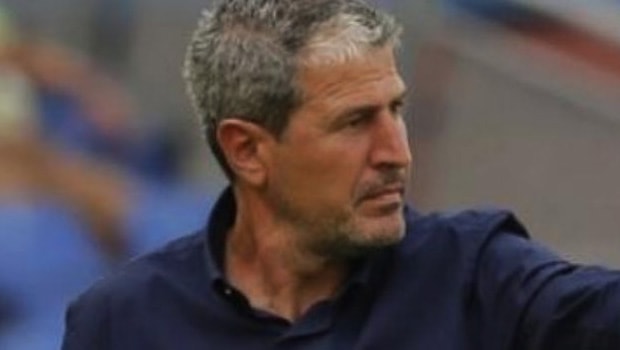 Hyderabad FC continued their unbeaten streak in the ongoing seventh edition of the Hero Indian Super League as they defeated SC East Bengal at Tilak Maidan Stadium on Tuesday in the 29th match of the league by 3-2. It was a goal fest as five goals were scored but Hyderabad got over the line with three points.

Jacques Maghoma opened the account for SC East Bengal when he netted the ball in the 26th minute. However, Hyderabad made a solid comeback as their skipper Aridane Santana helped his team equalize in the 56th minute. Santana once again found the back of the net within a minute to put Hyderabad’s noses in front.

Subsequently, Halicharan Narzary helped Hyderabad in strengthening their lead to 3-1 in the 69th minute. SC East Bengal was able to get one goal back when Jacques Maghoma once again found the back of the net with a perfect header and gave a glimmer of hope to his team.

Hyderabad FC head coach Manuel Marquez said in the post-match press conference, “I think in the first half, we didn’t deserve to lose. I think we failed or missed a lot of chances in the first half, even a penalty [by Santana]. In football, sometimes, these kinds of things happen. At halftime we were quiet, we spoke about the game, and that we had to play the same way in the second half.”

“In the last 10 minutes, we didn’t know how to play the game. Maybe it is my fault too because the team was very nervous. It’s normal because we were winning 3-1 and they scored. In the last minutes, you always think they can have some chances but fortunately for us, the final score was 3-2,” he added.

Meanwhile, Liston Colaco played an instrumental role in Hyderabad’s win as the substitute provided two assists to help his team take the lead. This was Hyderabad’s second win of the season whereas the team has drawn three matches.

Ergo, they are yet to be defeated in the ongoing season. Marquez added that he is proud of his players for coming up with consistent performances.

“We are very, very proud of all the players. People know that we are playing with a lot of Indian guys. It’s very difficult because they have a good level but playing a lot of games and continuing to fight in every game and remain unbeaten is not easy.”

Hyderabad FC will next play against Mumbai City FC at the same venue of Tilak Maidan Stadium on 20th December.