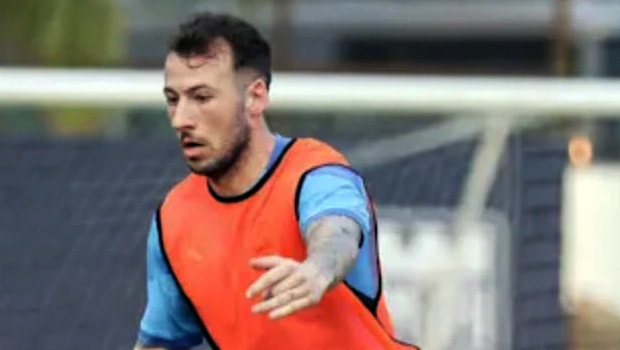 Mumbai City FC striker Adam le Fondre is confident that he will be able to take the club to glory in the upcoming seventh edition of the Hero Indian Super League. Fondre, who joined Mumbai City FC on loan from Sydney FC, believes in the abilities of the team’ players.

Fondre added that he wouldn’t have joined the club if he didn’t think that they could go all the way in the competition. The 33-year-old is looking forward to delivering a complete performance in the upcoming season.

“I wouldn’t have joined if I didn’t think we could win something. They are a very strong squad and I expect us to do really well,” le Fondre told olympicchannel.com.

On the other hand, the Islanders have roped in the services of striker for his goal scoring abilities. Le Fondre is an English striker and achieved great success while playing for Sydney FC in Australia.

The forward led the team to two Grand Final wins and one Premier Cup win in two seasons and he will be looking to replicate the same performances for Mumbai.

Le Fondre reveals that he has a positive style of play and he will be looking to give his best for the club.

“I am very efficient in the box. I work hard. I am very much a team player but at the same time, I am selfish. As a goal-scorer, you tend to be very selfish. I would say, I am an out-and-out goal-scorer and I plan on doing that here as well.”

Meanwhile, before his stint with Sydney FC, the 33-year has plied his trade for English clubs like Reading FC, Cardiff City, Bolton Wanderers and Wolverhampton Wanderers.

The striker has had a perfect start as he scored a winner against Chennaiyin FC in the pre-season friendly.

Mumbai City had finished the previous season at the fifth place after seven wins from 18 league stage matches and thus had failed to qualify for the last four of the tournament.

The Islanders will begin their ISL 2020-21 campaign against NorthEast United FC at Tilak Maidan Stadium on 21st November.