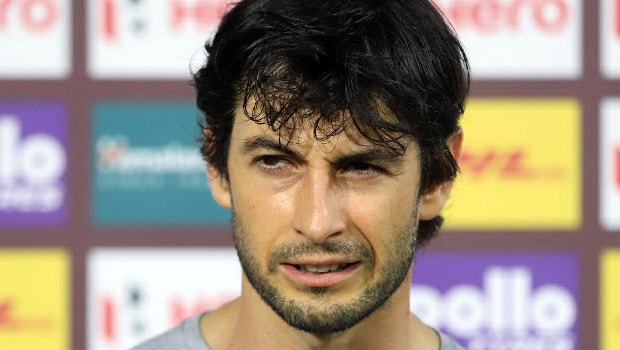 FC Goa head coach Juan Ferrando was delighted after his team’s FC Goa dominating performance against Kerala Blasters as they won by 3-1 at the Fatorda Stadium on Sunday. Juan added that he is happy with the score as the three points were very important for his team.

Goa opened their account when Igor Angulo chipped the ball over the Kerala Blasters’ goalkeeper in the 30th minute of the game. The club then doubled their lead when Jorge Ortiz Mendoza found the back of the net after a fine assist from Brandon Fernandes.

This was Goa’s second win of the season in their fourth match in the ongoing seven Hero ISL season. Thus, Goa is currently at the fourth place in the points table.

Ferrando added that it is important for his team to keep working hard on the next match as they have few areas where they can improve.

“I am happy with the score because the three points are very important for us. It’s important to continue working to prepare for the next match against Odisha because we have some things that we still need to work on,” Ferrando said at the post-match press conference.

The Goa manager believes his team was better than the opposition only when they took a 2-0 lead in the 52nd minute. However, Ferrando believes Kerala Blasters gave them a run for their money before they had taken the lead.

“After the score became 2-0 Goa were better than Kerala for almost 10-15 minutes but only after the 2-0. Kerala were playing very well with players like Facundo Pereyra and Vicente Gómez, who are fantastic players. I think more about the transitions than the goals. Our next target is Odisha FC and we will aim for the three points once again,” said Ferrando.

Ferrando heaped praise on Ortiz who helped Goa double their lead after seven minutes into the second half. On the other hand, Kerala Blasters head coach Kibu Vicuna feels the opposition was better than his team and they deserved to win.

“FC Goa were generally better than us. Both teams created chances but we gave away too much defensively. We gave them a lot of possibilities. They have very good players and I think it was a fight for the ball,” he said after the match.