Home » Football » ISL 2020:21: I am very happy with victory against a very good team – Sergio Lobera after win against Chennaiyin FC

ISL 2020:21: I am very happy with victory against a very good team – Sergio Lobera after win against Chennaiyin FC 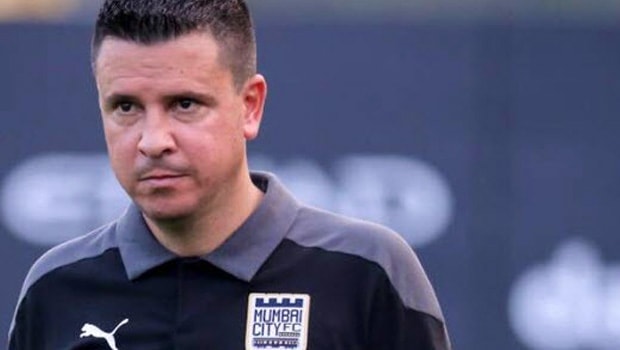 Mumbai City FC have been on a roll as they won their fourth consecutive match in the ongoing Hero Indian Super League. Mumbai defeated Chennaiyin FC by 2-1 as they came from behind to secure three points at GMC Stadium, Bambolim on Wednesday.

Chennaiyin FC got off to a perfect start after Lallianzuala Chhangte made a terrific run from the right and set up an easy goal for Jakub Slyvestr. However, Mumbai roared back into the competition just at the stroke of first half when Hernan Santana netted the ball after a cross from Hugo Boumous.

Mumbai then took the lead in the 75th minute of the game when Adam le Fondre once again scored for the team after another assist from Hugo Bounous.

Mumbai City head coach Sergio Lobera was delighted with the performance of his players and stated he is very happy that his team secured three points and a victory against a very good Chennaiyin team.

“We played against a very good team. I think Chennaiyin is a very competitive team. It is a good team with and without the ball. It wasn’t easy for us today and I am very proud of the attitude of my players. We suffered a lot during some periods of the second half… and I am very happy with three points and victory against a very good team,” Lobera said in the post-match press conference.

Lobera added that his team could have done better in the first few minutes of the game and they still need to keep improving their game.

“We always need to improve… it’s good to improve while winning. In the first minutes [of tonight’s game] we could have played better. …Our mistake was to give them the opportunities [early on] but I am happy with the performance of the team,” he said.

Lobera added that the win against Chennaiyin FC will be a psychological boost for his team. Mumbai have now won four out of their five matches and they are at the top of the points table. Mumbai will next face Jamshedpur FC at the same venue of GMC Bambolim Stadium on 14th December.