Home » Football » ISL 2020:21: There is obviously responsibility but no pressure – Edu Bedia on leading FC Goa

ISL 2020:21: There is obviously responsibility but no pressure – Edu Bedia on leading FC Goa 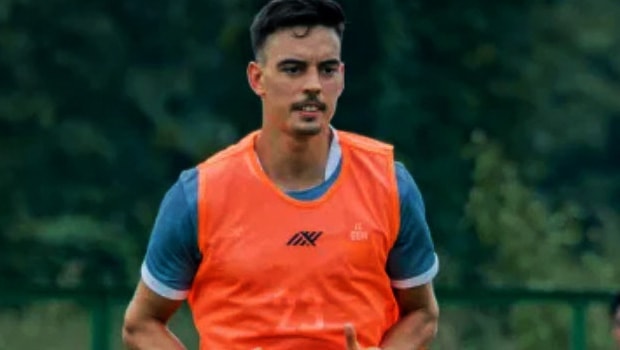 FC Goa midfielder Edu Bedia has all the experience under his belt and he is hopeful that he will be able to lead the team with aplomb in the forthcoming seventh season of the Hero Indian Super League. Bedia has already played three seasons for the Gaurs and his fourth will bring a different challenge of leading the team.

Bedia feels the leadership role will add responsibility on his shoulders but there will be no pressure. The Spaniard has thus far played 51 matches for FC Goa and he has scored nine goals and has also provided as many assists. The midfielder has also provided support in the defensive line for the team.

Bedia has also led a couple of teams while plying his trade in Spain and he is hopeful that his experience will come in handy.

“I have been with this team for a while and that experience was obviously there. My job as a captain is simple – to try and help the team as much as possible. I have been captain at a couple of clubs in Spain as well. There is obviously responsibility but no pressure,” timesofindia.indiatimes.com quoted Bedia as saying.

On the other hand, the 31-year old feels it would be a collective responsibility of the team to work as a unit and the senior players like Lenny Rodrigues, Seriton Fernandes and Ivan Gonzalez will help him.

“I’m there with the three other captains [Lenny Rodrigues, Seriton Fernandes and Ivan Gonzalez] who have been elected to help the team. It’s a collective responsibility of the team to understand the dressing room and help each and every individual in the team,” the Spaniard said.

Meanwhile, Bedia didn’t have the best of the previous season as he played 13 matches in which he scored one goal and provided two assists. The midfielder added that there are highs and lows in everyone’s career and he is looking to giving his best in the upcoming season.

FC Goa had finished at the pole position in the points table in the last season but their journey was ended by Chennaiyin FC in the semi-finals.

Goa will play their opening match of the upcoming season against Bengaluru FC at Fatorda Stadium on 22nd November.