Home » Football » ISL 2020:21: Winning against ATK Mohun Bagan is a psychological boost for us – Owen Coyle

ISL 2020:21: Winning against ATK Mohun Bagan is a psychological boost for us – Owen Coyle 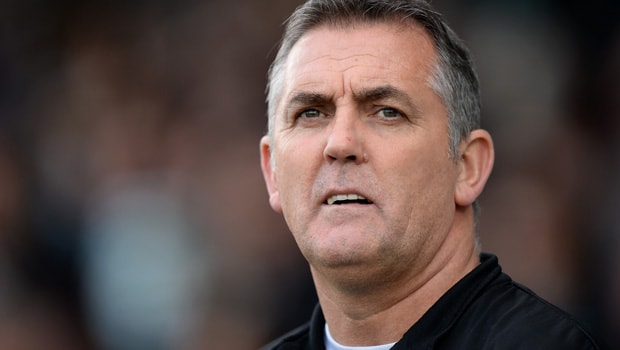 Jamshedpur FC finally ticked the winning column when they defeated ATK Mohun Bagan in the 20th match of the ongoing Hero Indian Super League at Tilak Maidan Stadium on Monday. Jamshedpur defeated ATK by 2-1 as they registered their maiden win of the season.

The team’s head coach Owen Coyle was a delighted man after the victory and stated that it is a psychological boost for them. Jamshedpur had lost two matches and one game had ended in a draw before their win on Monday.

The club’s striker Nerijus Valskis opened the account for the team in the 30th minute with a splendid header. This was the first goal of the season which was scored against ATK Mohun Bagan.

Jamshedpur doubled their lead when Valskis once again made the most of the cross and netted the ball with the help of his feet on this occasion. Thus, Valskis joined Igor Angulo as the joint highest goal scorer in the ongoing season with five goals.

“Winning the match was a psychological boost for us and we feel that we deserved to win. To do it against a team that had not yet conceded a goal was nice, but the three points were more important for us. To get this victory in the manner that we did tonight was pleasing because from start to finish there is no doubt that we were the better team,” he said at the post-match press conference.

Coyle added that it was imperative for his team to be aggressive against a top team like ATK Mohun Bagan, which was yet to concede a goal.

“We knew we had to take the game to ATK Mohun Bagan because this was a team that had not conceded a goal this season,” Coyle said.

Furthermore, Coyle praised the team’s TP Rehenesh for making some crucial saves when the team had taken a 2-0 lead. Fiji’s Roy Krishna was able to get one goal back for ATK Mohun Bagan but Jamshedpur were able to get over the line.

“I thought Rehenesh was brilliant when he was called upon, making some crucial saves when ATK Mohun Bagan were threatening at 2-0,” Coyle said.

On the other hand, ATK Mohun Bagan head coach Antonio Habas dismissed that his team’s defence was their Achilles Heels.

Jamshedpur will play their next match against struggling SC East Bengal on 10th December at the same venue of Tilak Maidan Stadium.