Home » Football » ISL 2021-22: Both the teams can live with one point – Kerala Blasters’ Ivan Vukomanovic after 2-2 draw against FC Goa

ISL 2021-22: Both the teams can live with one point – Kerala Blasters’ Ivan Vukomanovic after 2-2 draw against FC Goa 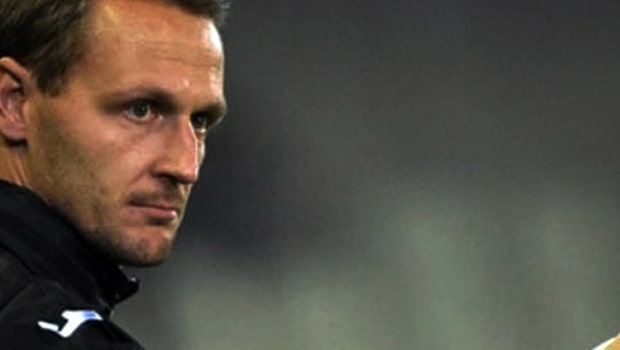 Kerala Blasters FC head coach Ivan Vukomanovic believes both the teams can live with one point after a hard-fought draw against FC Goa at the Tilak Maidan Stadium in the 46th match of the ongoing Hero Indian Super League on Sunday. In fact, all four goals were scored in the first half by both teams.

The Gaurs dominated the contest as they had a possession of 59% and took a total of seven shots on target. Kerala Blasters FC, on the other hand, took only two shots on target and they were able to convert both of them.

FC Goa took a 2-0 lead in the first 20 minutes as Jeakson and Adrian Luna scored for the team. However, Kerala Blasters bounced back stronger as Ortiz and Edu Bedia helped their team equalize as they scored in the 24th and 38th minute respectively.

Ivan Vukomanovic said in the post-match press conference, “If we see the way both teams scored the goals and the way the game was developing in both halves, let’s say that in the end, both the teams can live with one point. Of course, both teams in this situation wanted to win. I also talked with the team yesterday, in the beginning, to press and make a difference in the front, especially in the first half and score some goals, which happened. The way we conceded the goals, I was not pleased with it but anyway it happens in football. We have to deal with it and continue to work hard. We as a team are coming from far away seeing the situation of the tournament since the beginning of the season. We are now eight games without a defeat, we have to continue building up”.

On the other hand, FC Goa dominated the second half as they were played offensively but Kerala Blasters’ defense was able to keep the opposition at bay. Bandovic admitted that FC Goa is one of the most dominant teams in the league and they are happy to share the spoils.

Bandovic added, “We have to be honest, FC Goa is the team that is dominant against all the teams. Whenever they play, they are a dominant side. That’s the team with the philosophy and the way of playing with possession while trying to find an opening. Defensively, we were solid, we were running a lot and we were trying to close all the gaps. We know this team of Goa is very dangerous especially after the goals we conceded. So, we wanted to stay organized, focussed and we knew this game was going to be tough like that. Goa is one of the best teams in the league. They deserve to be in a higher position than they are currently in the competition”.

Meanwhile, it has been noticed that a lot of goals are being scored in the ongoing season of the Hero ISL. Bandovic reckons the change in conditions is one of the key reasons behind the rise in the number of goals.

He concluded, “You have to take into consideration the conditions. If you play on a very good pitch, with balls evolving every year, getting faster, more difficult for keeper’s to catch and all these things happen all around the globe. It happens, it is football. The players are doing their best and I am really proud of the way they responded”.

Kerala Blasters FC will next face Hyderabad FC at the Tilak Maidan Stadium on Sunday.