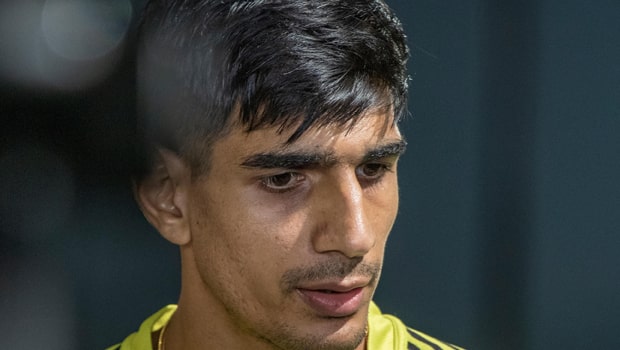 Bengaluru FC’s Gurpreet Singh Sandhu believes managing a clean sheet against a top-quality Jamshedpur FC is a good foundation to build on after managing a 0-0 draw at the Athletic Stadium, Bambolim on Monday. Sandhu was brilliant in front of the goal as he played a key role in helping his team share the spoils.

Jamshedpur FC had won three matches before their clash against the Blues and were the favorites on Monday. Jamshedpur is currently in second place in the points table with three wins, three draws, and one loss, and have a total of 12 points under their bag.

On the other hand, Bengaluru FC has managed a solitary win out of their eight matches but this draw must have added a shot in the arm to the team’s players.

“It’s a good foundation (clean sheet) to start on. We’ve had a difficult run obviously, but the last two games have given us a lot of positives to take with us and hopefully we can continue with this attitude and get some results in the league,” said Sandhu, after the game.

Sandhu added that the players should have the courage to play according to their plans despite the fact that sometimes the results will not go their way.

“I think we have very good players with the ball and definitely we want to try playing out from the back and, it is something that I think we can do very well on a day. And today was one of those examples. The most important thing is to have that courage, to try things out, even if sometimes things don’t work out for you. But, to have that courage to go again and again is something that we’ve worked on,” added the custodian.

On the other hand, Jamshedpur FC forward Greg Stewart admitted that the draw was a fair result for both teams but feels his team was unable to grab their chances. Jamshedpur FC took a total of five shots on target while the Blues could only take two shots.

“Maybe, overall a draw was deserved for both teams, but (we are) a little bit frustrated and credit to the Bengaluru FC goalkeeper, for having a great match as well. So yeah, overall maybe I thought that the draw was a great result, but obviously, we were disappointed that we didn’t win, but yeah, we have to move on to the next match,” remarked Stewart, who was also awarded the Hero of the Match.

“It was just one of those games, where both defenses played really well, they didn’t give a lot of chances away. I had to try and do something with the ball and create my own chance. But, unfortunately, they had a good goalkeeper today,” added the Jamshedpur FC forward.

Jamshedpur FC will next face Kerala Blasters FC on Sunday at the Tilak Maidan Stadium while Bengaluru FC will lock horns against Chennaiyin FC at the same venue on 30th December.