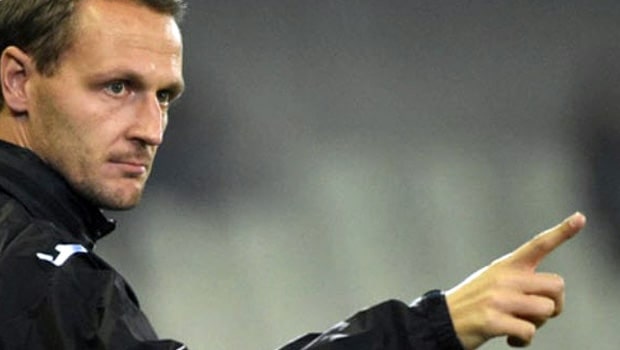 Kerala Blasters head coach Ivan Vukamanovic was happy with the way his team responded after conceding the goal against SC East Bengal at the Tilak Maidan Stadium, Vasco, Goa on Sunday evening. SC East Bengal took the lead in the 37th minute of the game when Australian player Tomislav Mrcela scored through a header.

However, Kerala Blasters were able to bounce back at the stroke of half-time as Alvaro Vasquez scored for Ivan Vukmanovic’s team from the encounter. This was the third draw of the season for Kerala Blasters while SC East Bengal is yet to register their maiden win of the edition.

Vukamanovic admitted that they expected the opposition to come out hard against them and the same happened.

Ivan said in the post-match press conference, “You don’t know actually, you never know before the game, what kind of game you are going to get. I think we expected that our opponent today would come with another shape and another idea, and it was the case. And we actually wanted from the very first moment to dominate the game, to control the game. We knew with that kind of high pressure and playing on the half of our opponent that it would allow our opponent to maybe come with dangerous counter-attacks because you have to deal with those things”.

He added, “I liked the mentality. I liked the character that our players showed today because maybe in the previous season, it was not the case. So I liked that kind of mentality that we are showing this season. We are happy and I’m happy how we responded, how we scored the goal. And we wanted to push in the second half”.

Meanwhile, Kerala Blasters FC made as many as four substitutions in the second half and Vukamanovic revealed the reason behind those changes.

The Serbian added, “Actually, we had difficulties and at the end of the first half, we changed Enes (Sipovic) from the back. In the second half, knowing that their right-back had already been shown a yellow card, we wanted to put Chencho (Gyeltshen) with the speed, trying to influence the game, trying to make a difference with certain things. I’m happy how we further pushed our opponents to their blocks. Of course, they had their moments in the counterattacks, but as I said, you have to deal with those things”.

Kerala Blasters will have their work cut out in the next match as they will face table-toppers Mumbai City FC at the PJN Stadium, Fatorda on Sunday.