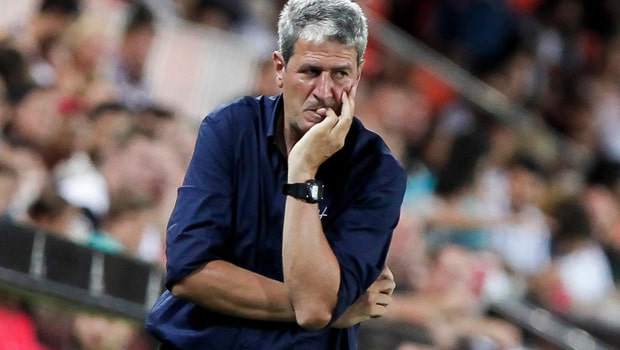 Hyderabad FC head coach Manuel Marquez believes his team will need to adopt a positive approach if they are improve from last season. Hyderabad had come up with some good performances in the previous season and Manuel Marquez will once again look to get the best out of the players.

Meanwhile, Hyderabad FC had a decent previous campaign as they won six out of the 20 matches they played and finished at fifth place with 29 points. Thus, they missed out on the semifinal berth by a whisker and Manuel Marquez will look to take his team all the way in the upcoming season.

In a virtual media briefing from Goa, Marquez said the objective for his team would be to perform “much better” than last season. “I feel it was a story of missed chances in some big games. But overall it was a fantastic performance,” he said, reflecting on the 2020-21 ISL season.

“We played good football and will definitely try to be much better this time around as the season is filled with full of possibilities. The target will be of course to win every game like the opponents too wish,” he said with a big smile.

Hyderabad FC will begin their ISL 2021-22 campaign against two-time champions Chennaiyin FC on 23rd November at the Bambolim Stadium, Goa. Marquez reckons Hyderabad will have their work cut out against Marina Machans.

“Yes, all our players are available as of now,” he said about his team. “Rohit Danu will be one of the most important players for us. He is just 19 and a very smart player,” he said.

“The key to be a successful manager or coach is to have the passion and for the players to have the right kind of mental toughness. You have to be strong to brush aside the few disappointments that come your way like feeling down after missing a couple of consecutive passes on the field,” Marquez said.

“The rule of each team must comprise four foreign players and seven Indian players is good for the young Indian talent. Indian football has plenty of talented youngsters as was evident when many from the Hyderabad FC also went on to represent India in the Asian-level championships,” Marquez said.

Hyderabad will look to come up with a collective effort in the upcoming season and Marquez will aim to guide the players on the right track.