Home » Football » ISL 2021-22: I am disappointed in the way we conceded the goal, says Owen Coyle

ISL 2021-22: I am disappointed in the way we conceded the goal, says Owen Coyle 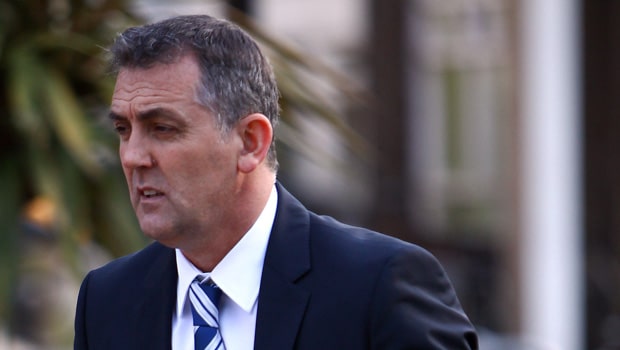 Jamshedpur FC head coach Owen Coyle was disappointed after his team could only share the spoil with SC East Bengal at the Tilak Maidan Stadium on Sunday. SC East Bengal took the lead in the 17th minute of the game when Franjo Prce scored for them.

However, Coyle reckons his team could have cleared the ball and shouldn’t have given away the lead. Jamshedpur was able to equalize on the stroke of the first-half whistle when Peter Hartley scored. In fact, Jamshedpur dominated the possession with 57% but they could not have the right result on their side.

Owen Coyle said in the post-match presentation, “Yes, absolutely I mean I am disappointed in the goal we lost. I think it was avoidable. The ball was obviously parried out and then if it falls off people and bounces off each other, so I felt that’s something we could’ve avoided. There weren’t too many opportunities for us, although the dangers of Perosevic and Chima were there, what the chances are, there’s not a party proven to be clinical, even with some wonderful chances, that was in the second half. And then we shall deal with it enough to win the game. So of course, as always, there is a lot to improve on.

Coyle added, I totally agree. I think we dominated a large part of the game. SC East Bengal have a wonderful goalkeeper, I know that he broke my heart two years ago in the playoff finals, he is a terrific goalkeeper, and he made one or two wonderful saves tonight, and that’s what he’s there for and that’s why you have to get people to do their job. And yes, we had such wonderful chances in the second half, and we actually should have been clinical. But I’m always accepting that East Bengal were really dangerous with Perosevic, Chima, wonderful players. The second half was filled with chances that could’ve led to a possible goal”.

On the other hand, SC East Bengal manager Manolo Diaz was content with the draw as the club had started their pre-season late than most of the other teams.

Diaz said, “We are happy with the point because we started the season very late and at the moment we need to improve our level. So keeping that in mind, one point is not bad”.