Home » Football » ISL 2021-22: I want my team to enjoy this moment of topping the points table – Hyderabad FC’s Manuel Marquez

ISL 2021-22: I want my team to enjoy this moment of topping the points table – Hyderabad FC’s Manuel Marquez 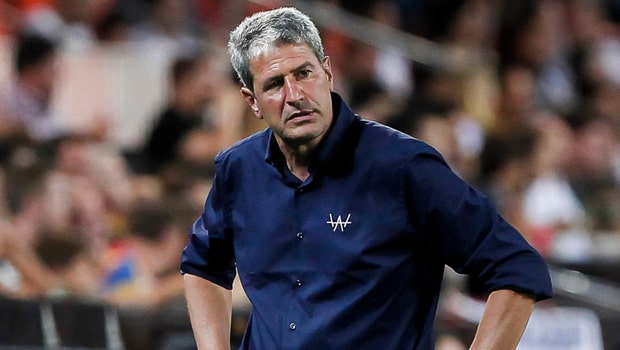 Hyderabad FC’s Manuel Marquez wants his team to enjoy the moment after topping the points table. Hyderabad reached the numero uno position in the standings for the first time in the history of the tournament after they played a 2-2 draw against previous season runners-up ATK Mohun Bagan in the 50th match of the Hero Indian Super League at the PJN Stadium, Fatorda on Wednesday.

Hyderabad has thus played nine matches out of which they have won four games and lost as many while one match has ended in a draw. Thus, Manuel Marquez’s team has 16 points in their ledger but the other six teams are hot on the heels of them as the battle for the top four is heating up.

Manuel Marquez said in the post-match press conference, “It’s very important because one point more. Second thing, I know it’s only game number nine, but it’s the first time in the history of this club of Hyderabad FC that we are topping the table. And it’s not game one, it’s practically in the middle of the competition. I know there are a lot of teams fighting for the same position. I think we are six-seven teams in three points, but we have to enjoy this situation because not every day you are at the top of the table”.

Meanwhile, ATK Mohun Bagan was able to hit the ground running as David Williams gave a rollicking start to his team as he scored in just 12 seconds and thus scored the fastest goal in the history of the ISL. Marquez added that he was disappointed with the way they conceded the opening goal in the first minute.

He added, “Yes, the first goal. The style that they play with is very good. Of course all the credit for ATK Mohun Bagan in the action of the first goal. But it’s the same action that they tried in the last game. We saw the match, but even if you are not focused from minute zero you can concede one goal in the seconds. And we’re finally through as equalised in the injury time. But of course, I am not happy with the first goal and in some moments of the game we played more or less our style, but I think that in some moments they were better than us”.

Hyderabad gaffer gave credit to the Mariners for scoring after only 12 seconds. However, Marquez feels his team did well to bounce back twice and they were able to equalize in the injury time after Siverio scored in the 90th minute.

Marquez concluded, “Yes because this is the style of this team. But I repeat all the credit for them in this goal. But as a coach, you can’t concede the first goal in twelve seconds. Because even if the play is fantastic, conceding the first goal in the twelve seconds means that your team is not in the game. The positive thing is that we reacted twice and finally we equalized in the injury time. We are happy because we didn’t lose. Now I think that we are unbeaten for eight consecutive games”.

Hyderabad FC will next face Kerala Blasters on Sunday at the Tilak Maidan Stadium.