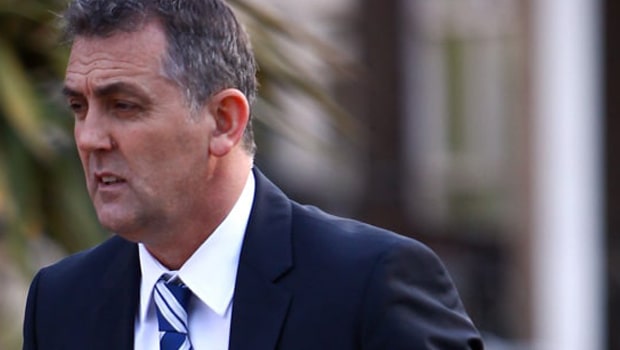 Jamshedpur FC head coach Owen Coyle stated that if any team deserved to win on Sunday at the Tilak Maidan Stadium in the ongoing Hero Indian Super League 2021-22, it was them but the game ended in a 1-1 draw. The Red Miners took a total of four shots on target but could only convert one.

Greg Stewart gave the lead to Jamshedpur FC in the 14th minute as he scored from a brilliant free-kick, which curved into the back of the net from a distance. However, Sahal Abdul Samad equalized for Kerala Blasters in the 27th minute.

Owen Coyle said in the post-match press conference, “I think I’ve got to say I think it was a very good game with two very good teams. I do feel that we edged that in terms of the chances we created. I think we had some wonderful goalscoring chances with four or five on target and obviously scored a wonderful goal with Greg. And then we were caught on the counter-attack because Kerala (Blasters FC) have good players. So we’re a little bit disappointed with that. But in terms of the game, I felt if anybody was going to win a game, it was certainly going to be ourselves”.

However, Owen Coyle added that it was a valuable point which they got. Jamshedpur FC now has 13 points under their belt and they are currently placed in the second position in the points table.

Coyle added, “We made positive changes getting Pandita on who had that wonderful chance one on one at the end to win the game. So yeah, we’re pleased with that. We just have to say you have to be more clinical. It’s another valuable point, I think, we have 13 points after eight games. I think last year, we had 13 points after 12 games with 15 points after 14 games. So it shows we’re moving very much in a forward direction. And that’s what we need to do: keep picking points up and also hopefully wins, because we’re certainly putting enough into games to win those games”.

Coyle also shed light on Greg Stewart’s stunning goal from the free-kick. The Jamshedpur FC gaffer revealed that Stewart has been battling with stomach upset but he was able to bring his best.

Owen Coyle concluded, “Well, he’s a wonderful player. That’s why I brought him to the club. He hadn’t, he’s not eating for two days, he’s had an upset stomach, but he still wanted to be there. And that shows the spirit that we have. These players want to give their 100% and want to be on the field for you even when they are not fully fit. And I love that, you know, as a head coach it’s’ great. I told him that if he wanted to come off, I’ll bring him out but he wanted to stay on. He scored the goal. And he’ll tell you himself, he knows he can do even more in a game. But what a wonderful talent and it’s great to have him in the Hero ISL”.

This was Jamshedpur FC’s second draw on the trot and they would aim to get a win in their next match, which they will play against Chennayin FC on Sunday at the Athletic Stadium, Bambolim.