Home » Football » ISL 2021-22: It was a fair result, says Tomislav Mrcela after a 1-1 draw against Kerala Blasters

ISL 2021-22: It was a fair result, says Tomislav Mrcela after a 1-1 draw against Kerala Blasters 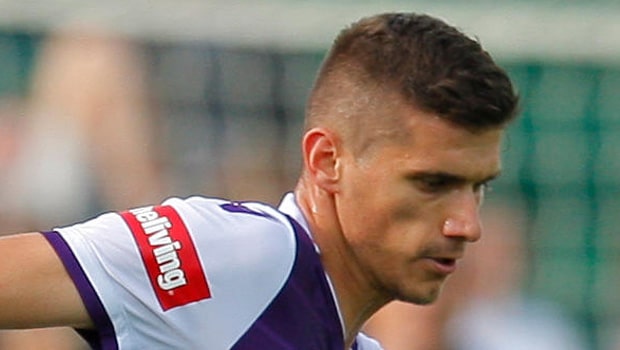 SC East Bengal defender Tomislav Mrcela believes it was a fair result after his team played a 1-1 draw against Kerala Blasters in the ongoing Hero Indian Super League at the Tilak Maidan Stadium, Vasco on Sunday. The Australian provided the lead to SC East Bengal in the 37th minute of the game through a header.

However, Kerala Blasters were able to equalize in the 44th minute as Alvaro Vasquez scored in the 44th minute of the game. Mrcela feels both the teams defended well throughout the game and it was only fair that they share the spoils in the end.

“Yeah, I think it was a hard game. It was realistic in the end, it was a fair result. Both the teams gave a really hard game to each other. We created some chances, so did they. But I think overall, the defense of both teams did a great job today,” said Mrcela, after the draw.

SC East Bengal had lost their previous match against FC Goa by 4-3 and they came up with a much-improved performance against Kerala Blasters. Mrcela heaped praise on the renditions of the team’s players for coming up with a better show.

“We’re working pretty much on everything. What you said, the shape we kept was really good. We’re defending better as a collective unit and it starts from the striker. So today, they (strikers) were fantastic upfront, so it’s not easy for them to run in defense, and then we expect them to score and be fresh in front of their opponent’s goal. But they really gave a good shift. I think we showed a lot of improvement from the previous games,” added the Australian.

Kerala Blasters FC captain Jessel Carneiro was a bit frustrated that his team could create many openings and he feels the team needs to work on that to clinch three points from a game.

“It is frustrating because I think we will need points and these points will be very crucial for us. Getting the points would make it very easy for us to make it to the semi-finals. And I think we should find different openings (ways) to see how we can score, but we did our best. We didn’t find the opening. So we’ll try our best to find openings and create more chances,” said Carneiro, during the post-match interview.

Meanwhile, Kerala Blasters midfielder Adrian Luna was awarded the Hero of the Match for his fine show. However, Luna was disappointed with the result as they had to share the points despite dominating the game.

“No, of course, I’m not happy, because we dominated the game. They scored from the throw-in. I know that we made a mistake, and these things can happen. But, we did not find the openings after we scored the first one. I am very disappointed because we wanted three points,” said the playmaker.

SC East Bengal will seek their first win of the season against NorthEast United as the match will be played at the PJN Stadium on 17 December.