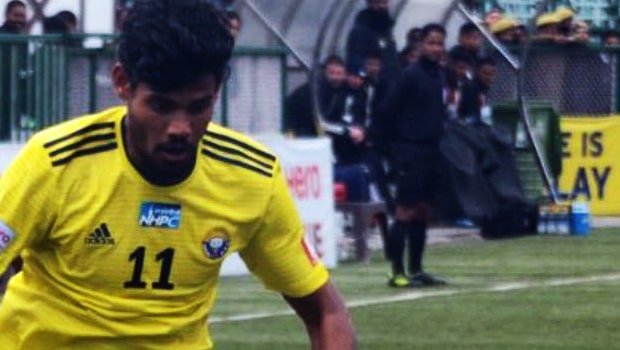 Jamshedpur FC has roped in the services of speedy winger Ritwik Kumar Das ahead of the eighth season of the Hero Indian Super League 2020-21 season. The 24-year old youngster has put pen to paper for a one-year deal and he will be seen donning the Jamshedpur colors in the upcoming season.

On completing his deal, Ritwik said, “I am glad to have joined Jamshedpur FC. Owen Coyle is a great coach to play for and his passion and commitment to win trophies is well known. I treasure this opportunity as Owen and Jamshedpur have a track record of pushing young players and I am hungry to prove myself and become a first-team regular. I look forward to playing for the amazing and loud fans of Jamshedpur and contributing towards winning silverware in this process.”

Ritwik had signed with Kerala Blasters in the previous season and now has made his move to Jamshedpur FC.

Ritwik started his football career with Calcutta Customs in the Calcutta Football League (CFL) and then played for Kalighat MS in the CFL second division in 2016-17. His first major breakthrough came when he signed for Real Kashmir in 2017. He played 39 matches across all tournaments in which he scored four goals and provided two assists.

Jamshedpur FC Head Coach, Owen Coyle said, “We are excited to have Ritwik on board with us for the season. He completes a very talented bunch of Indian players for us. He is young and has a blistering pace, with and without the ball, which fits well with our game plan and philosophy. He has proven himself over the years and his presence will provide further depth to our squad.”

Ritwik will be seen donning the number 18 jersey for Jamshedpur FC and he will shortly join the team for pre-season. ISL 2021-22 season will begin from November 19 and Jamshedpur FC will begin their campaign against SC East Bengal on 21st November at the Tilak Maidan Stadium, Goa.