Home » Football » ISL 2021-22: Mumbai City FC midfielder Rowllin Borges ruled out of rest of the season due to knee injury

ISL 2021-22: Mumbai City FC midfielder Rowllin Borges ruled out of rest of the season due to knee injury 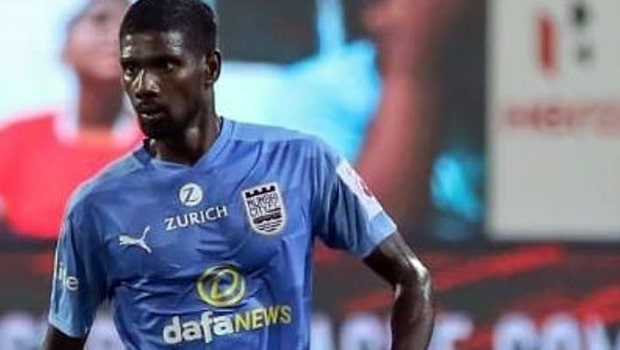 The defending champions Mumbai City FC have confirmed that their midfielder Rowlling Borges has been ruled out of the remainder of the Hero Indian Super League 2021-22 season due to his persistent trouble with his knee injury. The club has confirmed the news on their website on Thursday.

“Mumbai City can confirm that vice-captain Rowllin Borges continues to nurse an injury to his knee and will miss the remainder of the 2021-22 season. The 29-year-old midfielder is recovering well and will continue his rehabilitation with the club,” the club’s statement read.

“We wish Rowllin a speedy recovery and hope to see him back on the pitch soon,” it added.

Borges has been struggling with his knee in the ongoing season as he could only play for 50 minutes across four matches.

In fact, the central midfielder had played an instrumental role in the success of Mumbai City in the previous season as he had scored twice and had also provided an assist to help his team clinch their maiden Hero ISL title and also win League Winners’ Shield.

Furthermore, national coach Igor Stimac hasn’t been able to play Rowllin Borges because of the same injury. Borges will now look to fully recover and make a solid comeback in the next season.

On the other hand, Mumbai City is currently placed in the third position in the points table with five wins from 11 matches. The defending champions have lost four matches while two of their games have ended in a draw. Thus, they have 17 points under their bag. In fact, in the last five matches, Mumbai has lost three while two they have drawn, and ergo they will look to bounce back stronger.