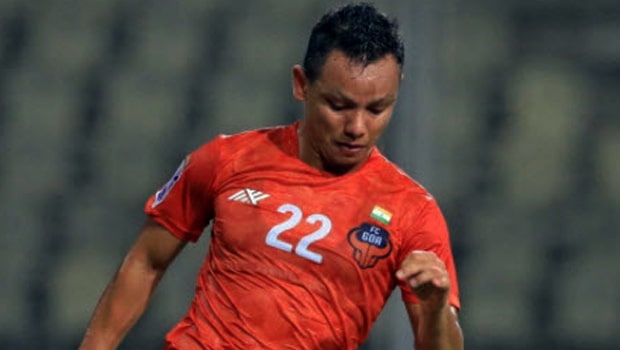 Odisha FC have signed the services of FC Goa winger Redeem Tlang on a season-long loan in the ongoing eighth season of the Hero Indian Super League on Wednesday. Tlang started his professional football career with Shillong Lajong in the I-League in October 2013.

Subsequently, he was signed on loan by NorthEast United FC in the maiden season of the Hero ISL. Tlang is delighted to join hands with Odisha FC and said he will try to give his best for the club.

“I’m very happy and excited to be here and joining the Juggernauts. I’ll give my everything for the club,” said Tlang, after putting pen to paper.

Meanwhile, the winger was an integral part of NorthEast United in 2018-19 season and played a key role in taking the team to semifinal stages. In fact, Tlang scored his maiden goal of the season in the first leg of the semifinal against Bengaluru FC as the team won by 2-1. However, the Highlanders were bested by 3-0 in the second leg and were knocked out of the tournament.

“I think Redeem is a good addition to the team. He is a player with experience in the ISL. Redeem is a player with pace, with good abilities in both legs. He can play in the attacking zone and outside of it. It’s good for us bringing his experience and competitiveness to the squad. We are happy to have him on board,” said head coach Kino Garcia said after the signing.

The 26-year old will look to add value to Odisha FC and help his team win in the upcoming matches. Odisha FC is currently in seventh place with five wins from 12 matches, two draws and five losses. They have 17 points under their bag and they will need to come up with better performances.

Odisha FC’s last game ended in 0-0 draw against ATK Mohun Bagan and they will next face Hyderabad FC on Thursday.