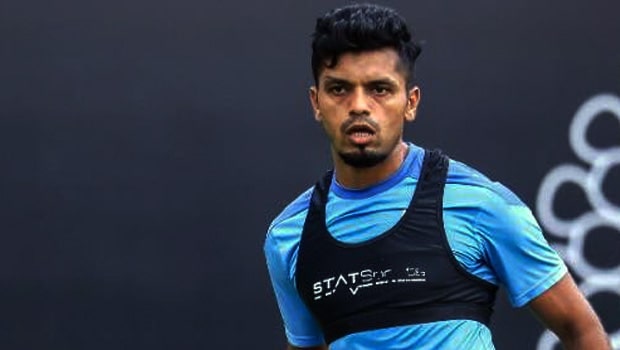 The reigning champions Mumbai City FC continued their sublime form in the ongoing Hero Indian Super League 2021-22 as they defeated Chennaiyin FC by 1-0 at the PJN Stadium, Fatorda on Wednesday. The Islanders defender Rahul Bheke scored in the 86th minute of the game to help his team claim crucial three points and end Marina Machan’s unbeaten run in the tournament.

Meanwhile, Chennaiyin FC defended pretty well throughout the game, which is their forte but ended up conceding from a set-piece. Bheke, who scored the solitary goal of the match, stated that their hard work from set pieces has paid dividends.

“We have worked really hard before each and every game be it on defensive or offensive set-pieces. So thanks to our assistant coach Hiroshi Miyazawa who has really made us work on it. We have scored many goals in set-pieces before this match,” Bheke said in the post-match interview.

“We stuck to the game plan till the last minute. That’s the reason why we dominated the game and finally, we got the goal through a set-piece,” he added.

On the other hand, Chennaiyin FC head coach Bozidar Bandovic added that his team played well defensively but it was never going to be easy against a potent Mumbai team.

“I think our defensive organization was very good. We totally controlled Mumbai City FC in the defensive third and it’s not easy as they are a very good team. Maybe we could have done better with the ball but I felt we didn’t deserve to lose this match,” he said after the match.

Meanwhile, Mumbai City FC chief coach Des Buckingham was confident that his team will be able to get the win if they played according to the strategy.

“We knew that teams are going to stop us using various means and we have to try different ways of breaking them down. So we talked at half-time about moving the ball bit quicker, utilising the wings and try and get them out of their back five and just being patient,” he said

“It was all about sticking to what we wanted to do and I was convinced that if we kept knocking on the door, we would get one before the end of the game,” he added.

Mumbai City FC will next face Kerala Blasters at the same stadium on Sunday.