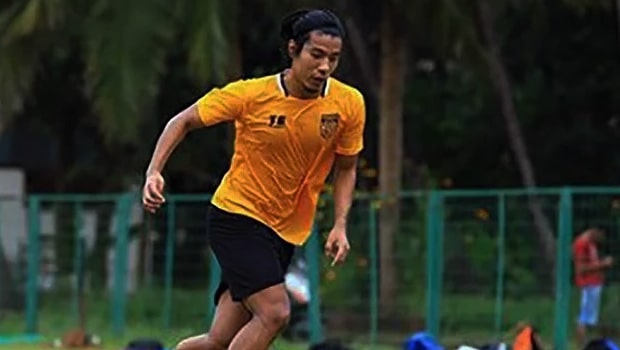 Hyderabad FC midfielder Hyderabad FC Chinglensana Singh has revealed that the plan was to stay compact and look for chances upfront after his team 1-0 win over Bengaluru FC at the Athletic Stadium, Bambolim on Wednesday. This was Hyderabad FC’s second win of the season while Bengaluru FC continued their horrid run in Hero ISL 2021-22 as they suffered their third loss.

Hyderabad FC’s talisman Bartholomew Ogbeche found the back of the net in the seventh minute and it was enough for his team to bag crucial three points. On the other hand, the Blues got their chances in the second half but could not make the most of them.

“It was a very open game, I think we started well in the first half. We created good chances, but we converted only one and we managed to keep a clean sheet in the first half. Our idea in the second half was to continue doing the same, to be compact and stay as a team and see for the chances upfront,” said Chinglensana, during the post-match interview.

Meanwhile, Cleiton Silva reckons that Bengaluru FC didn’t have the rub of the green on their side as they failed to capitalize on their chances in the second half. Silva feels that the side missed the services of Prince Ibara and Sunil Chhetri.

“Yes, of course (the team was missing) Price (Ibara), he is a quality player, Sunil (Chhetri) as well. When you have players around you with this quality, of course, you have to improve yourself. We were good in the second half. I think what we missed was a little bit more of fighting in the first half. In the second half, we did a good job, we created chances, but unfortunately did not work for us,” said Silva after the win.

On the other hand, Hyderabad FC’s Souvik Chakrabarti was awarded the Hero of the Match for his fine performance in the midfield. The midfielder lauded the collective effort of the team for the win.

“The credit goes to all the players, it was a team effort. Each of them played well, even the substitutes. We are progressing as a team at this stage, the next game is four-five days away, we will get rest for a couple of days. The three points will work as a boost going forward and also give us more energy to perform better in the next game,” stated the Indian footballer.

Hyderabad FC will next face NorthEast United at the same venue of Athletic Stadium, Bambolim on 13 December.