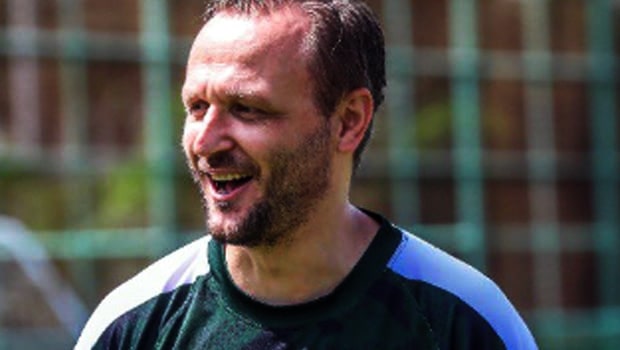 Kerala Blasters FC head coach Ivan Vukomanovic reckons positive approach and strong mentality has been a key feature in his team’s resurgence in the ongoing eighth season of the Hero Indian Super League. Kerala Blasters defeated Chennaying FC by 3-0 at the Tilak Maidan Stadium on Wednesday to register their third win of the season.

This was Blasters’ second consecutive win as they had beaten defending champions Mumbai City FC by 3-0 in their previous fixture. Thus, they have won against two-class teams in their last two matches.

Pereyra Diaz opened the team’s account in the ninth minute of the game while Sahal doubled the lead in the 38th minute. The team’s talisman Adrian Luna then put the match to bed as he scored in the 79th to give a comprehensive 3-0 lead to his team.

Ivan Vukomanovic said in the post-match press conference, “In football, there are several things, but first of all it’s hard work and belief and commitment to the team and the hard work, the belief that you can win every game. These boys, the mentality and mindset they are showing and also the hard work that they put in makes me proud of them. We are happy with the performances so far. We know that it will be very hard in the ISL but when you have that kind of group with this mentality and positive approach then it’s easy to work, it’s easy to continue. And if you have the potential to improve in the team, then you have to continue to believe in the team”.

On the other hand, Chennaiyin FC had conceded only four goals in six matches before their clash against Kerala Blasters, which goes to show their potent defense. The Kerala Blasters gaffer added that they knew his team will have their work cut out against Marina Machans and he was delighted that their forward line was able to breach the opposition’s defense.

He added, “We knew beforehand that Chennaiyin FC has the best defense so far. We knew it will be a tough game with their defensive shape and low block and we knew that in certain moments with our high pressing, we have to be clinical and very quick in our decision-making, trying to find free men and then finishing the actions. All of it happened today as it did against Mumbai City FC, so we are happy. So we had an idea, we had a strategy on how to attack the game and in what part of the pitch to add pressure. So I’m pleased that the boys understood what we asked of them. Also, in the end, we must be pleased with the three points and the 3-0 scoreline”,

Meanwhile, Vukomanovic believes two clean sheets against formidable units like Mumbai City FC and Chennaiyin FC will add a shot in the arm to their young goalkeeper Prabhsukan Gill.

The head coach concluded, “Of course, for a young goalkeeper it’s a huge achievement. When the defensive line and the entire block are working well to close the gaps and when you are concentrating on your line and not conceding goals, it gives you more and more confidence. Since he is starting he has done a great job and he has to continue working hard with our goalkeeping coach, with the team, and become even better. So he can do it. We have huge confidence in all our players. Of course, the clean sheets can boost our confidence even more and can go a long way in making us an unbeatable team. That’s what we want to continue to do”.

Kerala Blasters will next lock horns against Jamshedpur FC at the Tilak Maidan Stadium on Sunday.