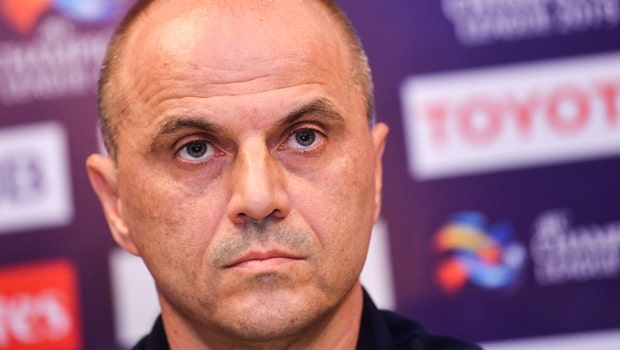 Chennaiyin FC’s head coach Bozidar Bandovic reckons the game should have ended in a draw after his team lost against FC Goa by 1-0 at the Athletic Stadium, Bambolim on Saturday in the 54th match of the ongoing Hero Indian Super League.

The Gaurs dominated the possession with 61% and took a total of five shots on target while the Marina Machans could only manage a solitary attempt on target. Bandovic added that as there were fewer chances created throughout the game, a draw would have been a fair result but also admitted that FC Goa was better than them in controlling the ball and his team was not at their best while attacking.

Bozidar Bandovic said in the post-match press conference when he was asked whether a draw would have been a fair result, “Yes, because it was a tight game without many chances. So, of course, they had more than us. They moved the ball better, what they always do. But without many chances, the game should have ended in a draw. Of course, we lost many balls, we didn’t do well even in attacking”.

Jorge Ortiz scored in the 82nd minute of the game to give a decisive lead to FC Goa. Mohammad Sajid made a mistake but Bandovic didn’t blame him for the loss.

The head coach added, “I always said it’s a team mistake. We should avoid such goals”.

When asked about the team’s strategy to change the formation, Bandovic concluded, “Of course, we started the game like this. We didn’t have problems, but we wanted to change something after he come inside with Lukasz Gikiewicz, the team was more aggressive. We wanted to make a change for the better, that moment we showed that we’re better even in attacking at that moment. So the goal was a little mistake that we could have avoided. If we didn’t concede the goal, we are the ones that played more aggressively, especially with the changes we made”.

Chennaiyin FC has won four out of the 10 games they have played while they have lost as many and two of their matches have ended in a draw. The Marina Machans will look to make a solid comeback in their next match, which they will play against Hyderabad FC on Thursday at the PJN Stadium, Fatorda.