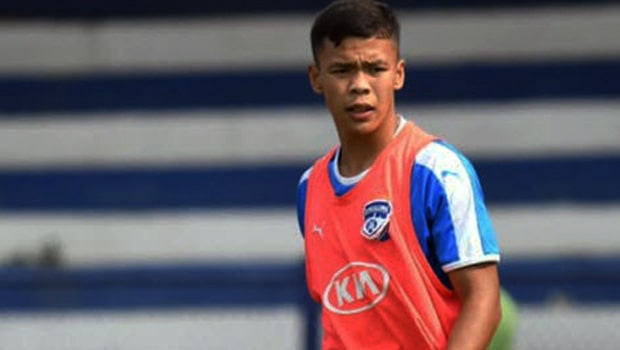 Bengaluru FC midfielder Suresh Wangjam admitted that the result is hard to digest after his team played a 1-1 draw against Kerala Blasters in their third match of the Hero Indian Super League 2021-22 season at the Athletic Stadium, Bambolim on Sunday.

The Blues dominated the match as they had 61% of possession but had to share the spoils in the end. Bengaluru FC was able to take a lead at the fag end of the game when Ashique scored in the 84th minute of the game. However, Ashique also conceded an own goal in the 88th minute and it was heartbreaking for Bengaluru FC, who missed out on a chance to bag three points.

“It’s really hard to digest, you know, the players have given everything and luckily we got a goal and in the last minute, conceding the goal, it’s really difficult. But in the end, we got a point and it’s good for us. And we’ll go and have a good recovery and be ready for the next game,” said Suresh Wangjam, during the post-match interview.

Furthermore, Bengaluru FC made a total of three shots on target. The Sunil Chhetri-led had their chances but they were not able to grab them throughout the 90 minutes.

On the other hand, side-back Harmanjot Khabra had a stellar evening for Kerala Blasters as he made crucial interceptions to keep his team alive in the match. Khabra admitted that his team was not able to take their chances.

“I think we could have done a little bit better because we had chances, if we could have converted them, the result could have been different, but anyway, we have to go for positivity. We conceded at the last minute, but we drew it and it shows how much unity the team has. After all, we drew anyhow in the next few minutes, and that was important, to show the character,” stated Harmanjot Khabra, after the draw.

Meanwhile, Kerala Blasters head coach Ivan Vokamanovic was not happy with the way his team conceded the goal but he was content after sharing the point.

“There were certain things that we were practicing in the last period and we wanted to go out today, and be compact, be strong in duels, and be present in every possible part of the pitch. So actually from one side we were not happy because we conceded the goal from a shot that was not even on the goal, but anyway, you know, in football, many interesting things can happen. So at the end, we are also happy that we could get the point,” said Vukomanovic, after Sunday’s game.