ISL 2021-22: They dominated the match in certain phases but we reacted well – Odisha FC assistant coach Kino Sanchez after 4-2 win over Mumbai 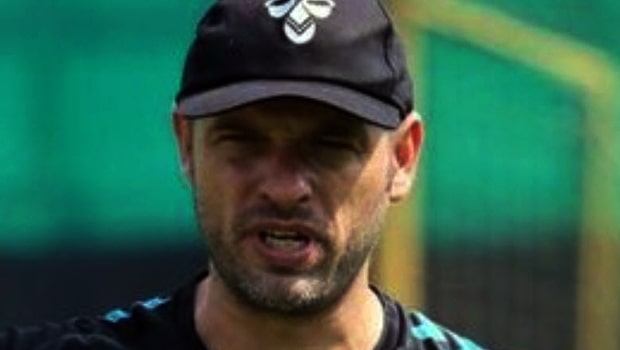 Odisha FC assistant coach Kino Sanchez stated that Mumbai City FC dominated the match in the first half but they reacted well and managed to get the result on their side in the 48th game of the ongoing Hero Indian Super League 2021-22 on Monday. The defending champions had taken a 2-1 lead in the first half but Odisha FC was able to bounce back stronger in the second half to get three points under their belt.

Odisha FC scored thrice in the last 20 minutes of the game to take a decisive 4-2 lead in the game. Mumbai City FC’s defense was exposed and Odisha was able to make the most of their opportunities.

Odisha FC midfielder Jerry Mawihmingthanga was at his absolute as he scored a brace in the 70th and 77th minute to help his team take the lead.

When asked how much he enjoyed the performance of the team, Sanchez said, “A lot. Of course, when we win, all the players, the staff on the bench enjoy it but we had to suffer in some moments as Mumbai City FC is a good team. They dominated in certain phases of the match but we reacted well and managed to get the result”.

Meanwhile, Mumbai City FC hasn’t been at their best defensively as they have conceded 10 goals in the last three matches. Sanchez added that they had figured out a way to get the better of Mumbai City FC when they had faced them in the pre-season.

He said, “Yes of course and also when we played them in pre-season we figured some ways how we can beat them. Of course we knew that it would be difficult to take the ball off them. But we knew we could make it difficult and they suffered without the ball. The best weapon to use the space Using Nandhakumar Sekhar, Jerry and Jonathas. Also Javi was working a lot to find these spaces behind the defence of Mumbai and tried to attack over there”.

On the other hand, the team’s head coach Kiko Ramirez had taken the blame on his shoulder for the team’s last defeat. Sanchez added that wins and losses depend on the collective effort of the team.

He added, “I think when the team wins or loses it’s not just the coach but also the staff and the players that are responsible. I think football is a team sport and when we lose or win it’s all about the team. Of course, the coach has a big responsibility but it’s teamwork. The win today is not just for me and the defeat in the last match was not just for Kiko”.

Sanchez also heaped praise on Jerry Mawihmingthanga who was at his absolute best and scored two goals for the team.

Sanchez concluded, “The truth is I’m really happy for him. All the staff members and players are really happy with his performance because he has been working very hard since pre-season and he deserved that. He was preparing to have a match like this because he was putting his 100% in every match. The other day he was doing his defensive job well but he wasn’t able to do his attacking duties but today he did both aspects very well. Till the last minute he was giving everything for the team, so I’m happy for him”.

Odisha FC will next face ATK Mohun Bagan on Saturday at the PJN Stadium, Fatorda.