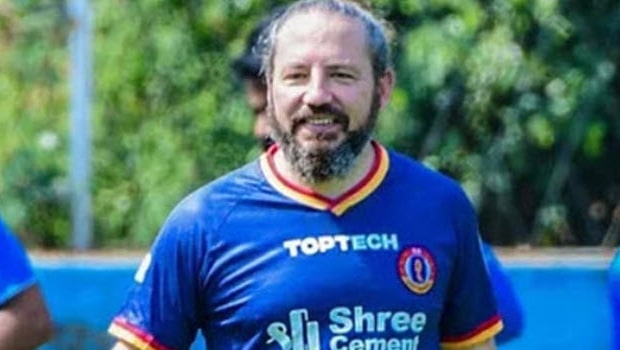 SC East Bengal head coach Mario Rivera was proud of his players’ intentions but admitted that the same mistakes cost them once again as they received a drubbing of 4-0 at the hands of Hyderabad FC in the 70th match of the ongoing Hero Indian Super League at the Tilak Maidan Stadium on Monday.

SC East Bengal had 48% of the possession while they took five shots but did not convert even one attempt. In fact, the club could not attempt a single shot on target in the first 30 minutes of the game. SC East Bengal had won their first match of the season against FC Goa in their last game but failed to capitalize on the momentum.

Mario Rivera said in the post-match press conference, Yeah, of course when you lose you are a little disappointed with the result. With the performance of the players and the intention to play is something to be proud of, they gave it their all and we tried to score up until the end and we tried to play good football but some mistakes were very bad for us”.

Meanwhile, Franjo Prce had a chance to get one goal back in the 85th minute of the game but Laxmikant Kattimani made a brilliant save for Hyderabad. Rivera revealed why Prce took the shot for them.

He added, “We had two players who we had decided to kick but none of them were on the field. Franco was convinced to do that and he has the quality to do that. But the keeper did a very good save”.

On the other hand, Bartholomew Ogbeche continued his rich form for Hyderabad FC. The Nigerian striker scored a hat-trick as he found the back of the net in the 21st, 44th, and 74th minute.

Rivera heaped praise on the opposition’s striker, “I think that all the balls that he touched in the box went to the goal. Obviously, he’s the top scorer. He’s one of the best players in this league. And he has a long career of scoring in every country that he played in. He’s a very good player”.