Home » Football » ISL 2021-22: We are training to solve them – Odisha FC assistant coach Kino Sanchez on defensive lapses of the team

ISL 2021-22: We are training to solve them – Odisha FC assistant coach Kino Sanchez on defensive lapses of the team 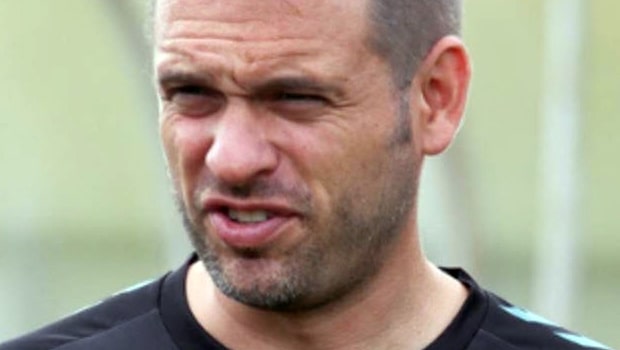 Odisha FC assistant coach Kino Sanchez has expressed confidence that the team will be able to come up with a better defensive performance as they will lock horns against table-toppers Mumbai City FC in the 48th match of the ongoing Hero Indian Super League 2021-22 season at the Tilak Maidan Stadium, Vasco da Gama on Monday.

Odisha suffered a drubbing of 6-1 at the hands of Hyderabad FC in their previous match and they will have their work cut out against defending champions Mumbai City FC. Odisha currently sits at seventh place in the points table with three wins, one draw, and four losses from eight matches, and thus they have a total of 10 points under their bag.

Kino Sanchez said regarding his team’s defensive lapses in the pre-match press conference, “We are aware of it. And we are training to solve these situations. But of course, there have been some individual players that have cost us. We can’t blame them because it’s the coaches first. We are sure we are going to make it”.

On the other hand, Mumbai City FC is the leader of the table with five wins from eight matches. The reigning champions’ last match was drawn by 3-3 against NorthEast United. Mumbai has a potent squad but Sanchez added that they are prepared to take them on.

Sanchez added, “They are leading the table. They are a strong team who has good players. They know the style of football they play. But we have analyzed them and know some points which will help us in the match”.

Meanwhile, the team’s midfielder Liridon Krasiniqi also attended the pre-match press conference. Krasiniqi admitted that he is not a typical goalscorer and his aim is to help the team bag three points.

He said, “Yeah but I am not a typical goalscorer. I bring different things to the table. If I get a goal here and there then that’s good. The most important thing is getting the three points for the team”.

Odisha will need to be at their best against a quality team like Mumbai City FC and they will aim to begin 2022 on a high.